Well, someone still cares. One reporter pledged to not pay the vindictive IRS until we had answers on the Lois Lerner scandal. He hasn’t. And he still reports on the inaction [1]: 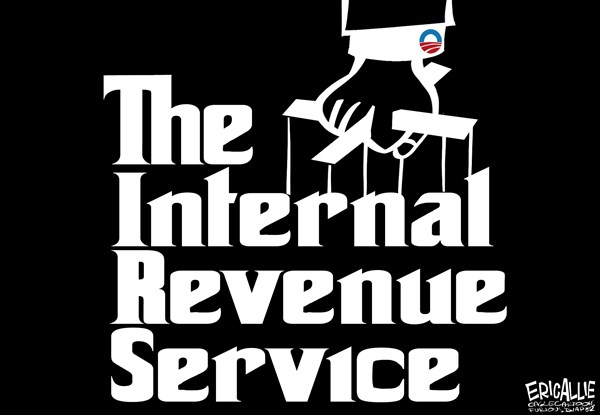 500 days later, the IRS still hasn’t produced emails from Lerner and the more than 20 other IRS employees whose computers allegedly crashed, whose Blackberries were thrown away and “upgraded,” and, in Lerner’s case, whose hard drive was “scratched” and destroyed. But we know that Lerner exchanged confidential taxpayer information on conservatives with top White House adviser Jeanne Lambrew during the 2012 election cycle. We know that Lerner and her White House-visiting underling Nikole Flax were involved in a “secret research project” involving conservative donor information that was approved by then-IRS commissioner Steven T. Miller. President Barack Obama first called the whole thing “outrageous.” Then he said there’s “not a smidgen of corruption.”

How much longer will this go on? New IRS chief John Koskinen said that “hard drive crashes continue as we speak.” Lerner is giving softball interviews with Politico about how conservatives (who she once called “assholes”) are trying to ruin her life. The White House has yet to be subpoenaed for the emails it exchanged with Lerner. Same goes for the Department of Justice.

It’s totally understandable that Howley, in his attempts to get to the bottom of the scandal in Washington, would be frustrated after 500 days. The average American conservative remains frustrated but has the luxury of forgetting about the scandal from time to time. But the reporter has focused professionally for more than a year and a half on getting answers from government criminals guarded by government lackeys.

And in that time, much has changed in the world:

The government shut down because of Obamacare and Republicans got blamed. The Obamacare website was screwed up. ISIS beheaded three Western journalists. The “knockout” game ravaged pedestrians in major cities. Vladimir Putin seized Crimea. Guatemalan children poured across the border. John Kerry let Iran keep having nuclear power plants. War raged between Israel and Hamas. Armed federal agents stole a rancher’s cattle and then it was all okay because the rancher said something racist. Ebola broke out. A Malaysian plane got lost. Racial tensions spilled over in Ferguson. Obama’s Gallup rating dropped six points, from 49 to 43.

And in his personal life:

Maybe more of us should band together. The government has zero accountability. They are trying to sweep this all under the rug, to be forgotten. This is a great message to send to the government. Of course, we all must be responsible – but hey, shouldn’t they be, too?