Hillary Clinton is not off to a great start. Beyond the numerous scandals already plaguing her candidacy, the testy candidate appears as approachable and likable as a meth-addled badger as she has recently been caught snapping at adoring fans and even recently barred a pool reporter from covering her recent candidacy announcement. Needless to say, journalists are angered over Hillary’s selective gatekeeping[1]. 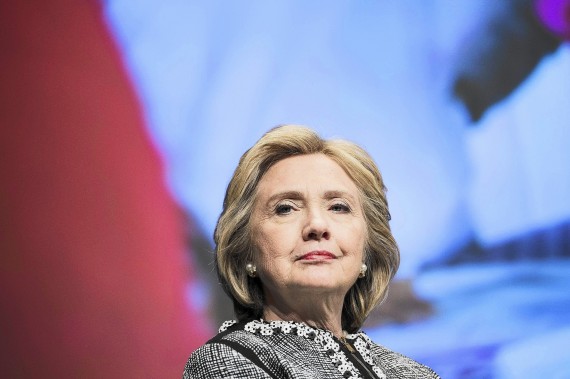 Journalists covering Hillary Clinton had some sharp words for the Democratic presidential contender’s campaign after a pool reporter was barred[3] from covering Monday’s events.

“We would like to see all campaign events open to the public and the full press corps, but when that is not possible we have agreed to pool coverage,” a Monday night statement from the traveling pool of journalists said.

Pool reporters represent the other reporters in the news media who cover a candidate when the space for an event is too small to fit a large crowd of journalists. The pooler sends reports back to other news organizations, who can disseminate those dispatches in their own coverage. Thus, blocking pool coverage from a single reporter can block widespread media coverage.

“We haven’t had a clear explanation about why the pool reporter for today’s events was denied access,” the statement from the travel pool said. “But any attempt by the campaign to dictate who is in the pool is unacceptable.”
“The pool is open to any print organization willing to take part,” it added.

It seems Hillary learned something from her old boss, Barack: a free press is dangerous.