State Representative Andy Holt (R-Dresden) says his constituents are sick and tired of being constantly watched by street cameras hoping to make a quick dollar off of them. Holt took to social media to ask voters in his district whether or not they were in favor of the highly controversial cameras. Representative Hill is looking to make sure that these go away, either city or state-wide: [1] 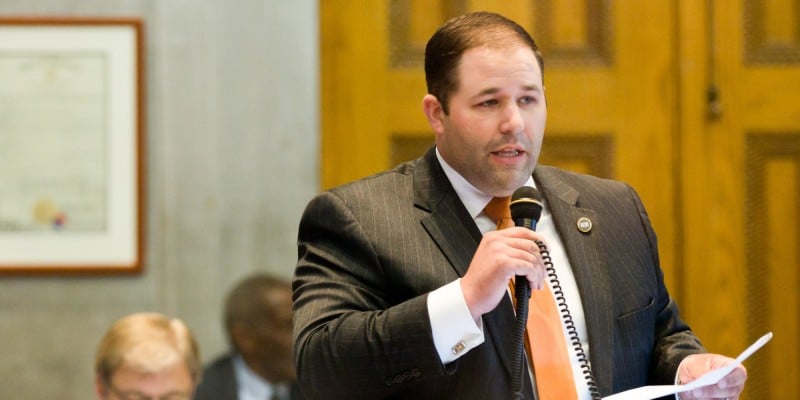 “If I could single-handedly outlaw every speed camera in the Great State of Tennessee, I would do it without a second thought,” said Holt. “Regardless of political party, the vast majority of folks are 100 percent against them.”

“Speed & red-light cameras are nothing more than a modernized form of speed-trapping. They have very little to do with safety, and everything to do with municipal greed. Apart from being a technically unlawful form of local fundraising off the backs of local citizens, it‘s a poorly contracted scheme since a large portion of the “revenue” is sent elsewhere, outside the State of Tennessee,” Holt continued.

Holt says that many businesses in his district are concerned due to the fact that motorists are now avoiding streets where the cameras are located which is hurting their bottom line.

“In a depressed economic environment, I believe we should all be aware that money walks. This goes for all policy makers; federal, state & local. When people & businesses are over-regulated, they leave. It may not be the speed cameras that make folks leave, but the mentality of making locals pay for the perceived “needs” of a local government typically creates the urge to vacate. I support these movements if necessary; that’s the basis of liberty & freedom as our founders intended, and Tennessee is currently a beneficiary of these movements from liberal states. We need to ensure that our state does not begin moving in the wrong direction by allowing folks’ rights to be violated so out-of-state businesses can collect revenue,” said Holt.

Holt says he is encouraging city policy makers to dismantle their red-light camera programs, but says he is also considering state-wide legislation to ban them in totality.

Living in Washington State, we have some of these so-called red light cameras. I hate them. They have given tickets to almost everyone in my family, and often times, the tickets aren’t even legit. I received a ticket for ‘no license plate’, which I know I have, and the problem was a blurry photo, which I obviously have no control over. But I have to invest time in fighting it, and this is more than once for such stupid incidences. I wish Washington had more lawmakers like Rep. Holt. Hopefully this sets a precedent that more lawmakers will follow in the future.