Republican Senators to Iran: Deal With Obama Can Be Revoked

As America (and the rest of the free world) hurls ever forward towards the realization of a nuclear Iran, Republican lawmakers are reminding Iranian leaders that the deal with Obama can be revoked. The Weekly Standard[1] reports: 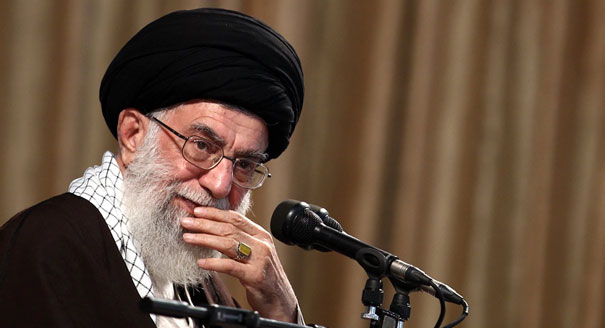 A group of nearly 50 Republican senators have written a letter to Iran to explain how the U.S. Constitution works. The letter is “An Open Letter to the Leaders of the Islamic Republic of Iran.”

“It has come to our attention while observing your nuclear negotiations with our government that you may not fully understand out constitutional system. Thus, we are writing to bring to your attention two features of Constitution–the power to make binding international agreements and the different character of federal offices–which you should seriously consider as negotiations progress,” the senators write.

“First, under our Constitution, while the president negotiates international agreements, Congress plays the significant role of ratifying them. In the case of a treaty, the Senate must ratify it by a two-thirds vote. A so-called congressional-executive agreement requires a majority vote in both the House and the Senate (which, because of procedural rules, effectively means a three-fifths vote in the Senate). Anything not approved by Congress is a mere executive agreement.

“Second, the offices of our Constitution have difference characteristics. For example, the president may serve only two 4-year terms, whereas senators may serve an unlimited number of 6-year terms. As applied today, for instance, President Obama will leave office in January 2017, while most of us will remain in office well beyond then–perhaps decades.

“What these two constitutional provisions mean is that we will consider any agreement regarding your nuclear-weapons program that is not approved by the Congress as nothing more than an executive agreement between President Obama and Ayatollah Khamenei. The next president could revoke such an executive agreement with the stroke of a pen and future Congresses could modify the terms of the agreement at any time.”

The senators conclude: “We hope this letter enriches your knowledge of our constitutional system and promotes mutual understanding and clarity as nuclear negotiations progress.”

For those that don’t speak lawmaker, allow me to translate: “The president has been representing like his is the final decision-maker; he isn’t. Tread lightly because this isn’t a done deal.”