Retired Army Lt. Col. On Fox: We Should Kill The 5 Terrorists We Traded For Bergdahl

Retired Army Lt. Col. Ralph Peters was ask what we should do with the five Taliban fires who were released for Bergdahl, yet will be returning to the battlefield within hours. Two words[1]: “Kill them.” 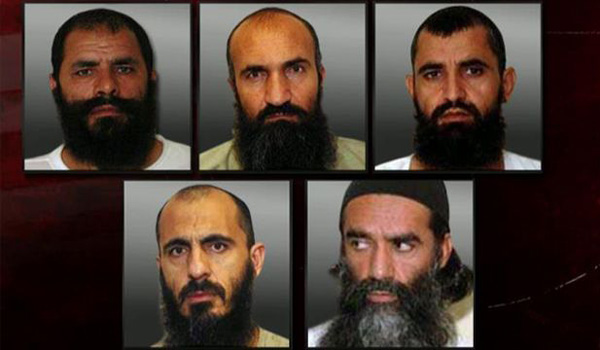 “We track’ em, then wherever they turn up, we kill ‘em,” he told co-hosts Anna Kooiman and Peter Johnson Jr. “There’s no part of the deal that says we can’t kill them after they leave Qatar.”

And while Peters said the men are likely to return to the battlefield, the greatest risk the five pose is their public relations value.

“They’re now living martyrs,” he said. “Freed from Gitmo through the courage of Islamist terrorists.”

Peters also pointed out how terrorism has spiked under President Obama’s watch. The “Bergdahl 5” he says are just a small part of it.