Butch Hannah is a former referee, retired from the NFL. He is a veteran shot caller, as you might have guessed, and has been through a lot over the expanse of his 18-year career, but a story[1] that particularly stood out was one having to do with former Denver Broncos quarterback Peyton Manning.

In a recent interview with a media outlet, the recently retired Hannah recollected a story that adds a bit more oomph to another entertaining chapter of Manning’s legacy.

It was back in 2014 when the NFL umpire was at work on a game between Manning’s Broncos and the Miami Dolphins. That’s when he noticed that Manning was doing something completely out of character. 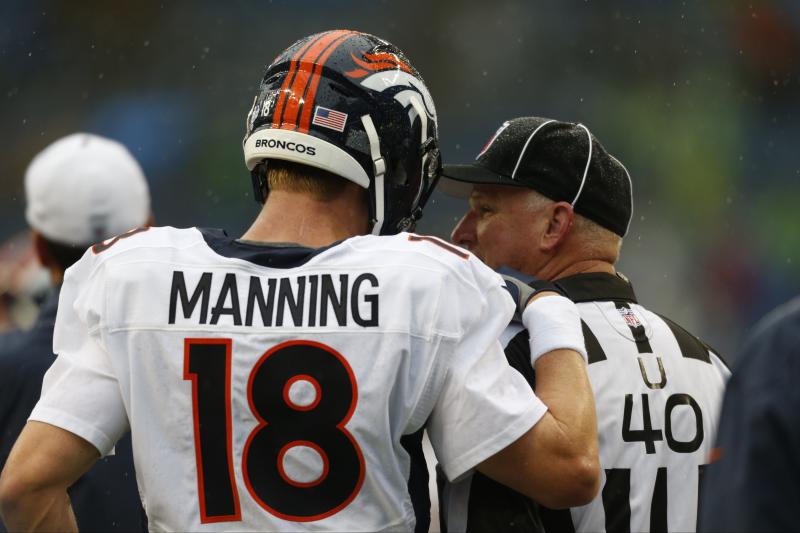 In Hannah’s own words:

“Peyton’s next-to-last year, the Broncos were facing the Dolphins and the whole game was a struggle for them. I called back two Denver touchdowns. But they pulled it out by two or three points [39-36]. But late in the game, the clock about to run out, Peyton mistimed a snap and they had to run one more play. Peyton said something off-color to me, which was not at all like him.”

It was only a few weeks later that Hannah accepted a parcel — having been sent to the NFL office in New York City at first — at his home. Inside he found a letter from Manning.

“He said he wanted to apologize for his reaction to me that day against the Dolphins. Would I please accept his apology? That’s the only time that’s happened to me in all my years of officiating.”

Just a few months down the road, he received a phone call:

“It’s Peyton. He asks me, ‘Did you get my card?’ I said, ‘Peyton, you’ve got to let this go.’ He says, ‘You have no idea how upset I was with myself.’ That’s the kind of son Archie and Olivia raised. Pretty impressive.”