To counter the admiration and sanctification of Caitlyn Jenner, formerly known as ‘Bruce’ Jenner, by the mainstream media, Rev. Franklin Graham has decided that he would offer a Biblical perspective to the headline-catching gender transition.

Graham took to Facebook to comment on Jenner’s Vanity Fair spread, which depicts the Olympic Gold Medalist as being a hero for transitioning into a female appearance via millions in plastic surgery.

Debunking narratives by the media that Jenner’s struggles will end with the gender transition, Graham said that while plastic surgery can change someone’s outside appearance, it is something that can never change the inside.[1] 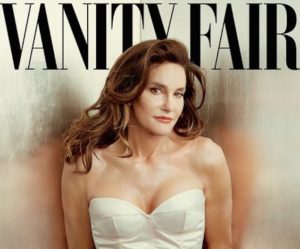 “In Vanity Fair’s cover story about Bruce Jenner’s gender change,” Franklin wrote, “the author talks as if Bruce and his newly chose identity of ‘Caitlyn’ are two separate people.

He went on to quote Jenner’s son, Burt, who declared: “I have high hopes that Caitlyn is a better person than Bruce.”

Franklin also noted that, in announcing his identity shift, Jenner also expressed regret over mistakes he made as a father. Any suggestion that mere cosmetic changes will restore any of his past regrets, however, is a notion Franklin finds impossible.

“I have news for them,” he wrote “—changing the outside doesn’t change the inside. No man-made modification can fix what’s wrong with the heart. Only God can fix the human heart. If we ask for His forgiveness and accept by faith His Son, Jesus Christ, He will wipe the slate clean.”

It is this type of life change alone, Franklin concluded, through which any real transformation may occur.

“The Bible says,” he wrote, “‘Therefore if any man be in Christ, he is a new creature: old things are passed away; behold, all things are become new.’”

Graham’s response on Jenner grew widespread support among Facebook followers, and rightfully so. There has been no major voice on the right in the mainstream media speaking to Jenner’s gender transition.

Since Jenner’s public, Vanity Fair transition, conservatives and those who disagree with gender transitioning have been villified in the mainstream media, out-casted as “bigots” and “ignorant.”

Nonetheless, Graham just blew those critics out of the water. Nothing bigoted or ignorant about it.