REVEALED: The GOP Elite’s Major Plan to Strip Trump of the Nomination

A veteran political strategist has said that even if GOP frontrunner Donald Trump clinches to 1,237 delegates to win the nomination outright…the party will still fight to steal it from him by changing the rules at the convention[1]. If Trump wins the votes, does this not mean that is what the people want? Just WHO exactly is allowed to have a bigger voice than the majority of voters? If we think changing the rules when things aren’t going our way is an option, than we are no better than the Left. On the other hand…some people may look at this as a move to save the country from what they perceive to be a destructive path… the line between right and wrong, is being smeared…so what do you do? 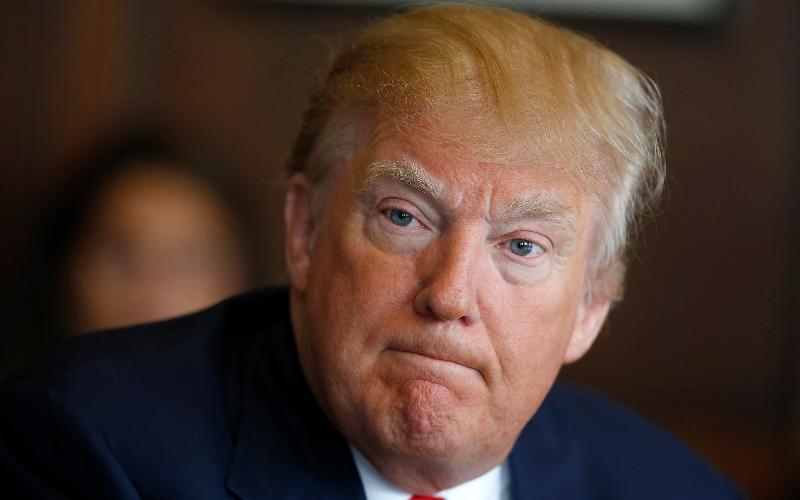 “In a number of states, the Republican chairman is essentially placing non-Trump people into Trump delegate slots,” Stone said on Breitbart News Daily. “Under the party rules, anyone can register to be a delegate. You don’t have to really be ‘a Trump supporter.’ While those delegates would be bound by the results of primaries or caucuses to vote for Trump on the first ballot, they are not bound on procedural matters like the rules.”

“So, the idea is to have a majority against Trump prior to the first ballot, which you could essentially lay the groundwork for the big steal, by passing as they did to Ron Paul three years ago, rules that are detrimental to Trump, or by unseating Trump delegates,” he said. “The rules committee could theoretically say, states that allowed Democrats and independents to vote without changing their registration to Republican — those delegates would be disallowed.”

Stone declared the GOP convention will be an all-out brawl between party insiders and Trump supporters.

“I think it’s going to be a barn burner. I used to think that if Trump got to 1,237 [delegates] that would be the ball game,” Stone said. “By the way, I think that’s still possible, but not definite. He’s got to get 57 percent of the 1,009 delegates still available going forward, of which 217 are in winner-take-all states.”

“I now believe that even if he gets to 1,237, they’re going to play games with the rules and the credentials if they have control of those committees,” he added. “Remember, those committees are made up by two members from each state, selected by the state’s party chairman. So you don’t know, in states where Trump swept the primary, that the party chairman is going to send copacetic people for Trump to the committees. In fact, it is unlikely.”

These hard-boiled pols know the nomination will be decided not on the first ballot, but in a series of procedural votes by the entire convention to adopt the rules of the convention as recommended by the Rules Committee and the seating of the delegates as recommended by the Credentials Committee. Those key committees are made up by two members from each state. The bosses have been quietly planting establishment regulars in these spots.

The Trump camp has been inattentive to this process. The party kingmakers may have the votes to knee-cap Trump in the rules and credentials committees, as they did Congressman Ron Paul in 2012.

The kingmakers have planned to steal the nod from Donald Trump.

Now they party insiders want to make sure they have a working majority on the floor for the passage of their “license to steal.” Republican state chairs are planting Trojan Horse delegates into slots won by Trump on the first ballot to vote with them on procedural votes to pass the Rules and Credentials Reports that will seal the “Big Steal.” This is going on in Texas, New York, Massachusetts, Michigan, Connecticut, North Dakota, and other states.

Though these “Trump” delegates will be bound by national and state rules to support Trump through the first ballot at the convention, they are free to vote against Trump’s interests on the adoption of Rules and the seating of delegates. It’s entirely plausible that a state could seat delegates pledged to support Donald Trump who have open affiliations with other candidates. In California, Cruz and Paulistas are signing up online via CA’s GOP website as Trump delegates.

Look, I know when you think something is wrong for America, it is a scary thing. Many people think Trump is wrong for America, and are in real fear that he will hurt her further. But, being shady and changing the rules because things didn’t turn out the way you wanted..it just seems wrong. No matter how many options there are for something, there are ALWAYS only TWO choices.. right and wrong. There is safety in choosing the right, even when it’s not what you want. That’s is all.