WOW…Hillary’s past keeps providing evidence of her ROTTEN CORE. Now FBI agents investigating the death of Bill Clinton’s Deputy White House General, have found that Hillary actually “triggered” him to shift into a suicidal path when she attacked and humiliated him in front of other White House aides just one week before he committed suicide, taking his own life. I know that she already sounds like a rotting core, but there is more…[1] 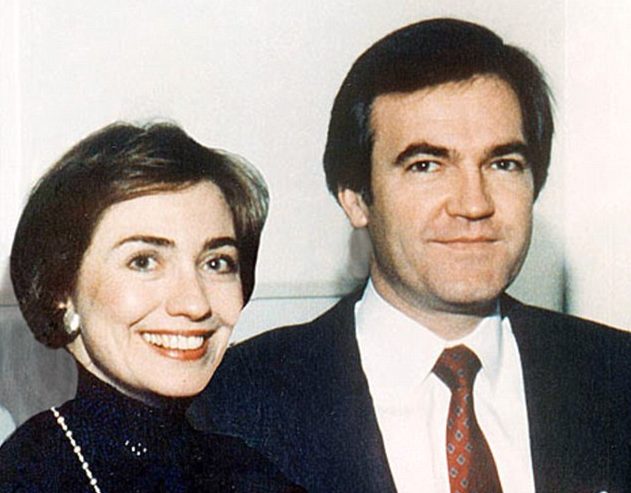 Vince Foster’s suicide has been the focus of much speculation since he shot himself in a Virginia park in 1993, as Donald Trump pointed out in a recent interview.

But former FBI agents believe they had the story straight.

The FBI investigation was conducted for independent counsel Kenneth W. Starr’s probe of the Clintons’ investments in the Whitewater real estate development.

For unknown reasons, Starr elected to conceal the FBI’s findings in his final report.

Hillary held a meeting at the White House with Foster and other top aides to discuss her proposed health care legislation.
Hillary violently disagreed with a legal objection Foster raised at the meeting and ridiculed him in front of his peers, former FBI agent Coy Copeland and former FBI supervisory agent Jim Clemente told me.

‘Hillary put him down really, really bad in a pretty good-size meeting,’ Copeland says. ‘She told him he didn’t get the picture, and he would always be a little hick town lawyer who was obviously not ready for the big time.’

Indeed, Hillary went so far as to blame Foster for all the Clintons’ problems and accuse him of failing them, according to Clemente, who was also assigned by the FBI to the Starr investigation and who probed the circumstances surrounding Foster’s suicide.

‘Foster was profoundly depressed, but Hillary lambasting him was the final straw because she publicly embarrassed him in front of others,’ says Clemente, speaking about the investigation for the first time.

‘Hillary blamed him for failed nominations, claimed he had not vetted them properly, and said in front of his White House colleagues, “You’re not protecting us” and “You have failed us,” Clemente says. ‘That was the final blow.’

After the meeting, Foster’s behavior changed dramatically, the FBI agents found. Those who knew him said his voice sounded strained, he became withdrawn and preoccupied, and his sense of humor vanished. At times, Foster teared up. He talked of feeling trapped.

On Tuesday, July 13, 1993, while having dinner with his wife Lisa, Foster broke down and began to cry. He said he was considering resigning.

That weekend, Foster and his wife drove to the Eastern Shore of Maryland, where they saw their friends, Michael Cardoza and Webster Hubbell, and their wives.

‘They played tennis, they swam, and they said he sat in a lawn chair, just kind of sat there in the lawn chair,’ Copeland says.

‘They said that just was not Vince. He loved to play tennis, and he was always sociable, but he just sat over in the corner by himself and stared off into space, reading a book.’

Two days later, Foster left the White House parking lot at 1.10 p.m. The precise time when he shot himself could not be pinpointed.

After Park Police found his body, they notified the U.S. Secret Service at 8.30 p.m. 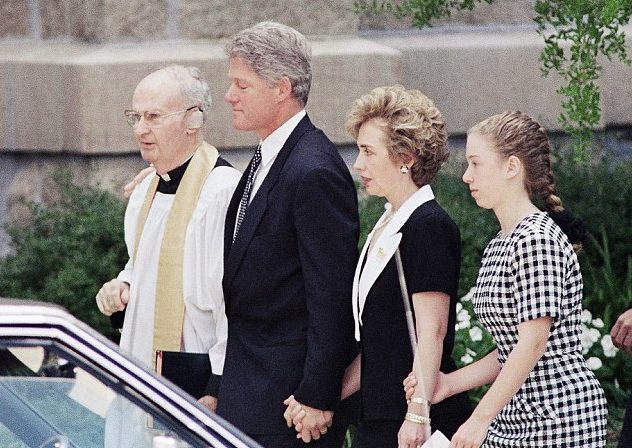 Bill & Hillary Clinton: A Life of Violating People… all of THE PEOPLE. They are not human, they are scum that has found a way to take human form. Period.