Hillary knows what she’s doing. She strategically[1] planned the worst possible person to be her vice president should she get elected. Tim Kaine has many skeletons in his closet; the main cause of concern are his unusual ties to the Islamic community. He puts on a front of supporting Christianity, but his actions speak louder than his words and we have proof of his murky past… 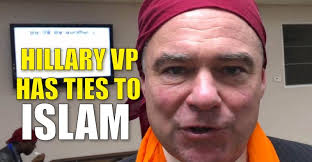 According to Omeish’s website, he was also President of the National Muslim Students Association (click there to read our profile about its Muslim Brotherhood origins) and served for two years on the national board of the Islamic Society of North America (ISNA), which the Justice Department also labeled as a U.S. Muslim Brotherhood entity and unindicted co-conspirator in a Hamas-financing trial. 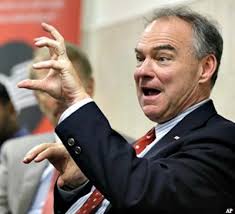 His website says he was Vice President of Dar al-Hijrah Islamic Center, a radical mosque known for its history of terror ties including having future Al-Qaeda operative Anwar Al-Awlaki as its imam and being frequented by two of the 9/11 hijackers and the perpetrator of the Fort Hood shooting. Omeish’s website says he remains a board member.

It says he was chairman of the board of Islamic American University, which had Hamas financier and Muslim Brotherhood spiritual leader Yousef Al-Qaradawi as chairman of its board until at least 2006. Omeish was also chairman of the board for the Islamic Center of Passaic County, a New Jersey mosque with heavy terrorist ties and an imam that the Department of Homeland Security wants to deport for having links to Hamas. 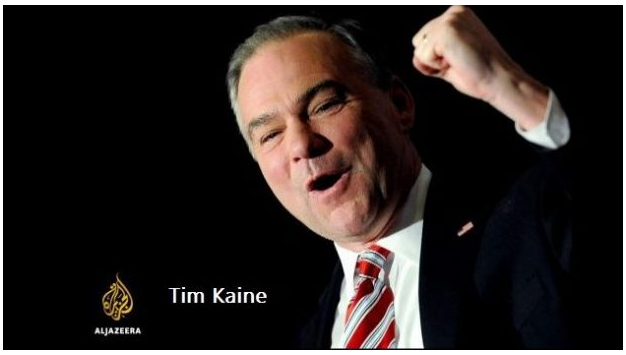 Omeish directly expressed extremism before Kaine appointed him. He claimed the Brotherhood is “moderate” and admitted that he and MAS are influenced by the Islamist movement. In 2004, Omeish praised the Hamas spiritual leader as “our beloved Sheikh Ahmed Yassin.” Videotape from 2000 also surfaced where Omeish pledged to help Palestinians who understand “the jihad way is the way to liberate your land” (he denied this was an endorsement of violence).

When a state delegate wrote a letter to then-Governor Kaine warning him that the MAS has “questionable origins,” a Kaine spokesperson said the charge was bigotry.

Kaine obviously failed to do any kind of basic background checking in Omeish.

Omeish resigned under heavy pressure and Kaine acknowledged that his statements “concerned” him. But, apparently, they didn’t concern him enough to actually learn about the Muslim Brotherhood network in his state and to take greater precautions in the future. 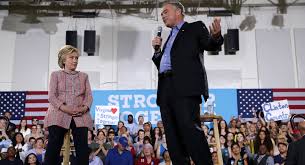 In September 2011, Kaine spoke at a “Candidates Night” dinner organized by the New Dominion PAC that presented a Lifetime Achievement Award for Jamal Barzinji, who the Global Muslim Brotherhood Watch describes as a “founding father of the U.S. Muslim Brotherhood.”

Barzinji had his home searched as part of a terrorism investigation in 2003. U.S. Customs Service Senior Special Agent David Kane said in a sworn affidavit that Barzinji and the network of entities he led were investigated because he “is not only closed associated with PIJ [Palestinian Islamic Jihad]…but also with Hamas.” Counter-terrorism reporter Patrick Poole broke the story that Barzinji was nearly prosecuted but the Obama Justice Department dropped plans for indictment. 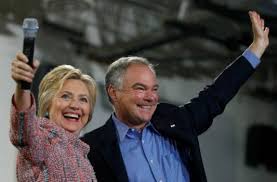 Barzinji played a major role in nearly every Brotherhood front in the U.S. and was vice president of the International Institute of Islamic Thought, which came under terrorism investigation also. Barzinji’s group was so close to Palestinian Islamic Jihad operative Sami Al-Arian that IIIT’s President considered his group and Al-Arian’s to be essentially one entity.

The indictment of Al-Arian and his colleagues says that they “would and did seek to obtain support from influential individuals, in the United States under the guise of promoting and protecting Arab rights” (emphasis mine).

The quotes about Brotherhood operative Barzinji’s aspirations to use civil rights advocacy as a means to influence politicians are especially relevant when you consider that video from the event honoring Barzinji shows Kaine saying that it was his fourth time at the annual dinner and thanked his “friends” that organized it for helping him in his campaign for Lieutenant-Governor and Governor and asked them to help his Senate campaign.

Barzinji’s organization, IIIT, donated $10,000 in 2011 to the New Dominion PAC, the organization that held the event honoring Barzinji that Kaine spoke at. The Barzinji-tied New Dominion PAC donated $43,050 to Kaine’s gubernatorial campaign between 2003 and 2005. That figure doesn’t even include other political recipients that assisted Kaine’s campaign.

The PAC has very strong ties to the Democratic Party in Virginia, with the Virginia Public Access Project tallying almost $257,000 in donations. This likely explains why Barzinji’s grandson served in Governor McAuliffe’s administration and then became the Obama Administration’s liaison to the Muslim-American community.

We knew if Hillary were elected it couldn’t get much worse, but I think it just has. Imagine an ISIS sympathizer whispering words of advice into her ear while she runs the country…