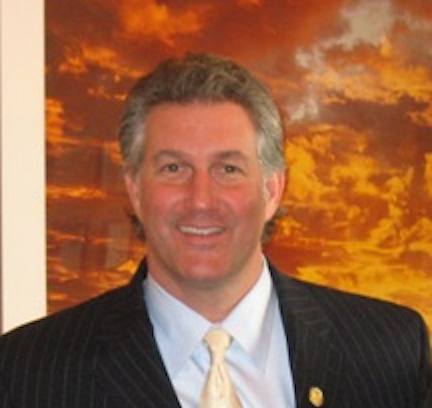 [1]Imprisoned former Republican Congressman Rick Renzi of Arizona is frustrated by the massive prosecutorial corruption that was revealed after the trial against him, and is taking steps to get his felony convictions reversed. He has put together a star legal team to represent him in an appeal to the Ninth Circuit. In May, his team will be filing their opening briefs appealing the trial court judge’s ruling last December refusing[2] to grant him a retrial despite the misconduct.

The team now includes Sidney Powell, a former prosecutor with the Department of Justice who famously exposes wrongdoing within it. She wrote the book Licensed to Lie[3], which revealed crimes by DOJ attorneys that took place during the prosecution of Arthur Andersen, Enron’s accounting firm. She represented one of the defendants from the accounting firm, who she believed was innocent, but he was still sentenced to prison and served a year until the conviction was reversed[4] by the US Supreme Court. Her book also covers the wrongful prosecution of the late Republican US Senator Ted Stevens[5] from Alaska, who, like Renzi, was also a victim of the prosecution withholding evidence and crooked FBI agents. Fortunately, Stevens was exonerated before being sent to prison and the prosecution was disciplined.

Powell will join Renzi’s lead attorney, Kelly Kramer[6], who is the co-head of Mayer Brown LLP’s white collar criminal defense practice. Kramer has extensive courtroom experience and is a tenacious litigator who has defended Renzi for almost 10 years. He is known as one of the top litigators in Washington, DC.

The team also includes Chris Niewoehner[7] of Steptoe & Johnson, who was one of the star DOJ prosecutors[8] who put former Illinois Democratic Governor Rod Blagojevich in prison.

The Center for Prosecutor Integrity[9], which exposes prosecutorial abuses, has indicated they are interested in signing onto an amicus brief.

As I covered in previous articles, last October there was a hearing[10] to consider whether Renzi should get a retrial based on new evidence that the government’s key witness/victim Philip Aries changed his story to implicate Renzi, because he thought he could receive a reward. Under oath in court, Aries admitted that FBI agent Daniel Odom told him he could receive a reward for making monitored phone calls to Renzi. Aries testified that he thought that he deserved a reward, which he had specifically discussed with Odom. Aries said he told him that “$10,000 would be a home run” and “$25,000 would be winning the lottery.” Aries would only receive the money if, after Renzi’s appellate rights were exhausted, the FBI was satisfied with Aries’ performance.

What is so remarkable about this is Aries originally told the FBI that he learned about the property at the center of the case from one of Renzi’s aides. He did not change his story to claim that Renzi directed him to acquire that property until after he learned from the FBI that he was eligible for a reward. The truth would have decimated the government’s argument that Renzi  proposed the exchange for personal financial reasons. In fact, those who suggested the exchange included The Nature Conservancy, former Democrat Secretary of the Interior Bruce Babbitt, Joanne Keene, who was a staffer for Renzi, and officials at Fort Huachuca – who said the exchange was crucial to stop the military base from being shut down.

This political witch hunt began due to the cozy relationship between Odom and Resolution Copper Mining, which devised a corrupt scheme it labeled “Operation Eagle[11],” code for taking down Renzi. Ron Ober, campaign manager and chief of staff for former Arizona Democratic Senator Dennis DeConcini, was hired as a lobbyist to represent RCM in procuring the land exchange through Renzi. He reportedly wanted to take down Renzi because he disliked his support for the Apache Indian tribe.

I attended the hearing to consider a retrial last October, where the lead DOJ prosecutor Gary Restaino[12] – whose wife was a longtime top advisor to Janet Napolitano, and Napolitano was rumored to be concerned that Renzi might run against her for governor of Arizona – admitted that Odom recently had a complaint filed against him by an Atlanta-based DOJ prosecutor. Yet magically, this complaint was withdrawn just before Renzi’s October hearing! Coincidence? No way.

Odom has a history of misconduct. He has been found by the court over the last 10 years to have illegally wiretapped Renzi, destroyed evidence of that wiretap, and provided false information to the court reporting on the wiretaps.

None of the information about Aries was disclosed to Renzi or his attorneys prior to or during the trial. It was a major violation of Renzi’s constitutional rights, known as a Brady violation. Yet the judge refused to grant a retrial, reasoning that even if all this information had come out at trial, not one juror would have changed their mind on the conviction. I don’t believe it, and am attempting to get ahold of the jurors’ names to ask them, something our Ninth Circuit jurisdiction has affirmed[13] for media requests. Judge David Bury listed all of the prosecutorial wrongdoing in his opinion[14] denying the retrial,

The Government admits it did not disclose the admonishments to the Defendants … It is the Government’s position that disclosure of the Admonitions was not warranted under Brady because they do not reflect that Aries believed he would be paid … The Court does not agree.

According to the Government, the Admonitions do not need to be disclosed if payment comes after everything is done because then it is a surprise. … As the Court suggested at the hearing, it does not agree.

The Court is also concerned regarding the propriety of the Government’s assertion during closing argument that Aries had not received one thin dime in relation to this case, when at the time the Government knew the case agent wanted him to be paid …

The Government suppressed evidence of the Admonitions, the flip-flop, and Agent Odom’s confirmation to Aries on November 10, 2006, that he was providing the type of assistance which could make a reward possible.

Worst of all, the government knowingly put on this false testimony in order to convict Renzi when they realized their case was in jeopardy, which I believe is a Title 18 criminal violation[15]. Odom deliberately and knowingly brought false testimony against Renzi.

This corruption shouldn’t be swept under the rug. Fortunately, the pendulum is starting to swing back, as it is becoming common knowledge the federal government has created so many vague laws that any one of us could be prosecuted, tried and convicted if they really want to get us. Renowned lawyer Harvey Silverglate has written a book about this, Three Felonies A Day: How the Feds Target the Innocent[16], and was prepared to consider helping, but ironically he is buried with work right now finishing a follow-up book, tentatively titled Conviction Machine.

Former Republican governor of Virginia, Bob McDonnell, was convicted of federal corruption charges by the DOJ in 2014. He has fought the convictions all the way to the US Supreme Court. Even though the court now leans more to the left due to the death of Antonin Scalia, some of the more liberal justices appear inclined to reverse his conviction, disturbed by the increasing abuse of prosecutorial powers to destroy elected officials. Although the left controls much of the legal system, once in awhile it turns against one of their own. Don Siegelman[17], a former Democrat governor of Alabama, was sentenced to over six years in prison for bribery, conspiracy and obstruction. His trial also appears to be full of corruption[18]. He will not be released until 2018.

Larisa Alexandrovna, one of the first journalists to investigate Siegelman’s prosecution, wrote about the case,

For most Americans, the very concept of political prisoners is remote and exotic, a practice that is associated with third-world dictatorships but is foreign to the American tradition. The idea that a prominent politician – a former state governor – could be tried on charges that many observers consider to be trumped-up, convicted in a trial that involved numerous questionable procedures, and then hauled off to prison in shackles immediately upon sentencing would be almost unbelievable.

Renzi, as a staunch pro-life conservative Congressman with 12 children, was a threat to militant feminist Napolitano. Her loyal servant Restaino even asked the judge not to allow any pro-lifers to sit on the jury. For now, Renzi joins the growing ranks of those whose constitutional rights have been destroyed by the DOJ. Renzi truly is an American political prisoner.

Taking away someone’s freedom simply for political reasons is abhorrent, and evidence there are major problems with our justice system. The fact the US Supreme Court looks like it’s finally going to crack down on this horrendous practice means there is hope for those who have wrongly suffered like Renzi. And someone else belongs behind bars for what they did to him.