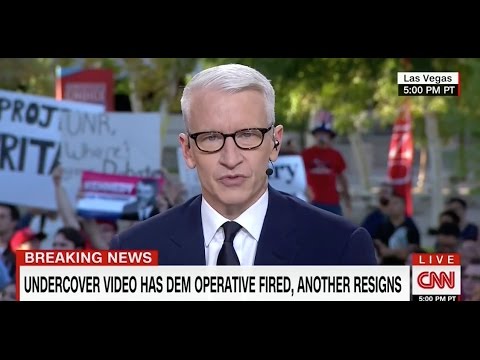 Project Veritas is changing the way America views this election. Thank God someone was brave enough to step up and try to uncover the corruption that is Hillary Clinton and her presidential campaign. Don’t let the media fool you. There is actually still real journalism out there. And this is the face of it.

James Edward O’Keefe III is a conservative activist who wasn’t willing to sit down and watch the extensive corruption within Hillary Clinton’s political career continue to go unnoticed by the media. Already, his projects have had incredible success. They are responsible for several employees being fired or resigning. And it is not over yet. The fourth video was just released. And just like the other three, it is full of the corruption that defines Hillary Clinton.

The overview of this fourth video is given below, but you will want to watch it. It may sound like a good spy movie, but it is reality. This is how Hillary Clinton continues to rise in power. It could never be a more important time to share this information. Share the videos. Use the hashtags #Veritas, #projectveritas and #Donaldduck. We need people to see this reality. And they won’t see it if we don’t share.

In the description of the video[3] it outlines the contents saying, “In the effort to prove the credibility of the undercover donor featured in the videos and to keep the investigation going, Project Veritas Action made the decision to donate twenty thousand dollars to Robert Creamer’s effort. Project Veritas Action had determined that the benefit of this investigation outweighed the cost. And it did. In an unexpected twist, AUFC president Brad Woodhouse, the recipient of the $20,000, heard that Project Veritas Action was releasing undercover videos exposing AUFC’s activities. He told a journalist that AUFC was going to return the twenty thousand dollars. He said it was because they were concerned that it might have been an illegal foreign donation. Project Veritas Action was pleased but wondered why that hadn’t been a problem for the month that they had the money.”

Clearly now is the time for the American people to speak up. This isn’t about political parties. This is about the disgusting reality of who Hillary Clinton is.