As Rioters Burn Down Milwaukee, Obama Was Caught Doing THIS

As riots threaten to throw all of Milwaukee into a state of violent unrest, President Barack Obama is being uncharacteristically silent. Shouldn’t he be preaching about peace in this time of turmoil or some other such thing? Even claiming that the rioters “acted stupidly” would satisfy me. 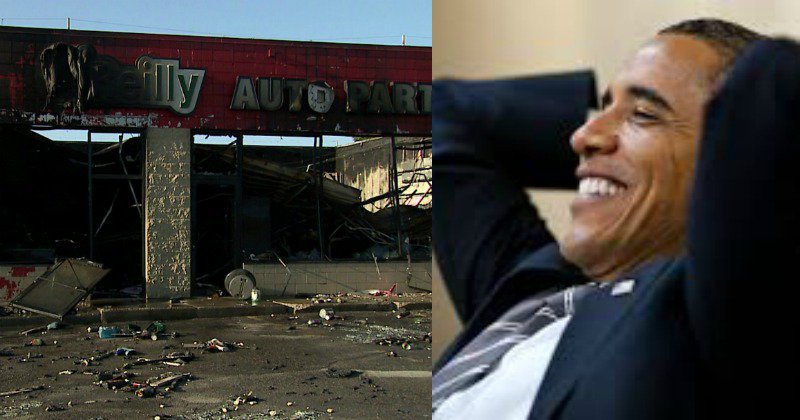 As riots rage on in Milwaukee and “protesters” burn down what’s left of the city for the second night in a row, there has been a strange silence from President Barack Obama. There has been no call for peace during this time of unrest while an investigation is underway into the killing of an armed black man, and now we know why.

Racist mobs of rioters have swarmed the city to kill white people and aren’t even shy about their intent to target these innocent people who have nothing to do with police doing their job and taking down a criminal who happened to be black. The unrest is unreal and should garner some kind of response from our Commander-in-Chief, but it’s gone completely ignored.

The avoidance of addressing it is passive acceptance of their violent cause, but Barack couldn’t be bothered since he was doing what he does best — recreating at Martha’s Vinyard. It’s his job to run a country and the only reason he is able to live his life on the golf course is because of this presidential position, which he fails to follow through on at every important turn. When begged for a response to this Black Lives Matter uprising, the White House finally issued an insulting answer[2] to shut Americans up who want our president to put a stop to what’s happening in Wisconsin.

After four officers have been left wounded and Gov. Scott Walker declared this a national emergency and activated the National Guard[3] in case the rioting continues, the White House simply said that the president has been briefed on what’s going on, but back off because “he’s at Farm Neck Golf Course, one of his favorite courses on Martha’s Vineyard.”

Pres Obama at the wheel of his golf cart today at Farm Neck Golf Club on MV pic.twitter.com/senq9GbjQd[4]

Believe me, I understand the desire to take a break from a stressful job, but you need to have the situational awareness to know when your people need you.