Romance Gone Wrong: Man Crashes Through His Neighbor’s Roof After Crane He Used to Lower Himself to Girlfriend’s Window Topples Over

You can’t help but feel bad for this guy. He goes out of his way to propose in a spectacular fashion, and the cherry picker he utilized falls over and sends him into the neighboring flat. Luckily he sustained no serious injuries and acquired a fiance in the process![1] 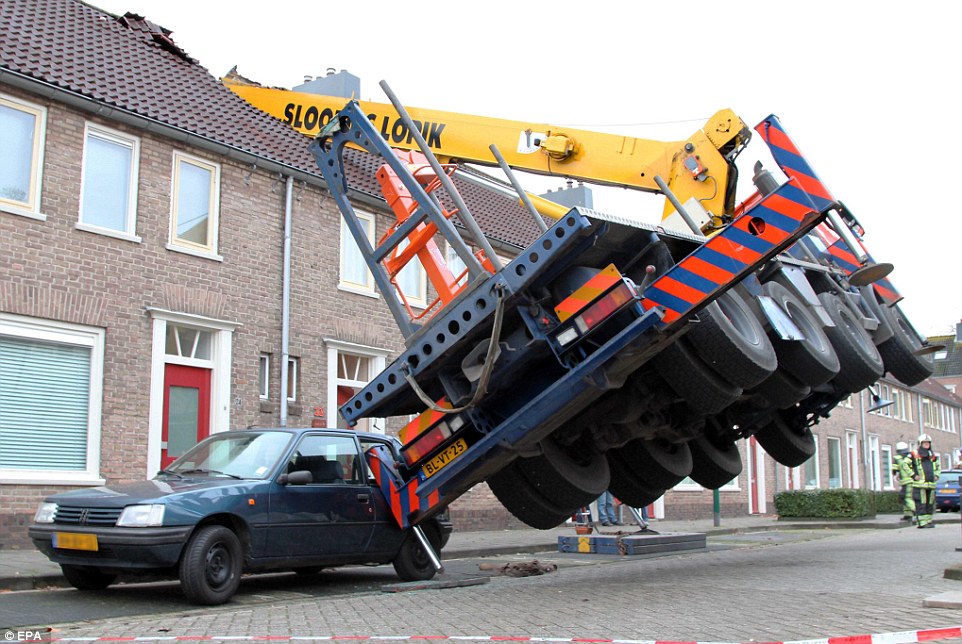 It was supposed to be a romantic proposal that would sweep his Juliet off her feet.

But this hapless Romeo’s plan backfired when the crane he hired to raise him up to his unsuspecting girlfriend’s bedroom window toppled over and crashed through her neighbour’s roof.

The unlucky man had hoped to serenade his lover in true Shakespeare style from the basket of the cherry picker before popping the question.

Instead, before he could ask his girlfriend to marry him he had to clamber down from the roof after the crane crashed over mid performance in the Dutch town of Ijsselstein.

The machine smashed a large hole in the roof of the neighbouring property and forced the evacuation of six flats.

Despite the less than perfect execution his girlfriend reportedly still said ‘yes,’  according to the Dutch newspaper Algemeen Dagblad.

The man was believed to have escaped without serious injury.

I’m glad she didn’t add insult to injury by denying him after his less-than-perfect proposal. If this is a foreshadowing of things to come, however, I recommend she moves out to the country. Lord knows what havoc might ensue during the pregnancy announcement.