Rosie O’Donnell, yes, that Rosie, has recently published a poem on her official website revealing some fresh air news on her encounter[1] with longtime foe Donald Trump’s daughter Ivanka.

The pair unknowingly met on Wednesday at the New York City restaurant Nobu Fifty Seven. In her poem, titled ‘8 million to one’, she said she was shocked by a woman in the restaurant with knockout looks, telling a friend that she was ‘the most beautiful woman’ she had ever seen. after some time, she made a startling discovery. The pretty lady was Ivanka Trump.

O’Donnell admits in her poem that it was her first journey outside her home since the September 26th presidential debate because she has been suffering with bouts of depression, which in her words, ‘clings’ to her from time to time.

‘It’s hard to walk/to shower/to try/to care,’ O’Donnell declares in the poem. She also writes how she was at the restaurant – which she does not name – when she sees a couple and expresses admiration over the woman’s appearance. 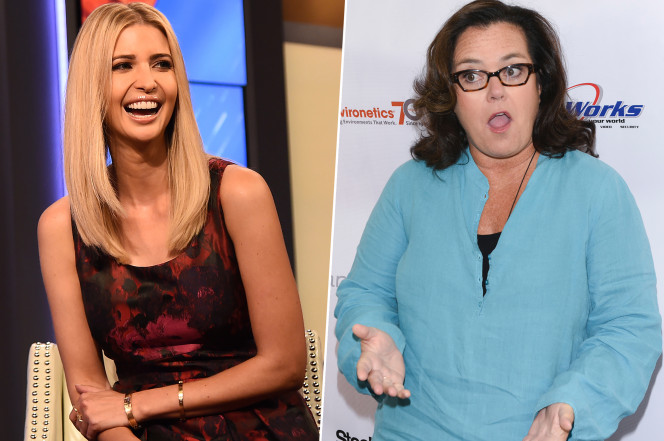 She admires their closeness, which is easily apparent to her as she writes, saying ‘they were definitely a THEY’.

When her friend reveals to her that the couple is in fact Ivanka and her husband Jared Kushner, O’Donnell writes that she was aghast and abruptly wanted to leave. But before leaving, she did the big thing and stopped by the couple’s table to greet them and shared in the poem that Ivanka was ‘absurdly kind’ and Jared had a ‘calming charm’, while in return her voice was ‘shaky’ and ‘quiet’. ‘She smiled genuinely/he husband was warm and gracious,’.

Following the four-minute encounter, all of which were no doubt very uncomfortable for Rosie, she and her friend left the restaurant for a waiting car.

She never expected to meet the daughter of Trump there, but in the end, I believed it was good for both parties. The beef is with Trump and Rosie, and apparently, like grown adults should behave, that’s where it stays.