Rubio is getting burned once again repeating himself over, and over, and over. This time on the O’Reilly show. I will admit, it’s a little hard to get through the video…you just start to feel bad for the guy. It’s just awful…and you can’t help but feel a little embarrassed for the fella[1]. 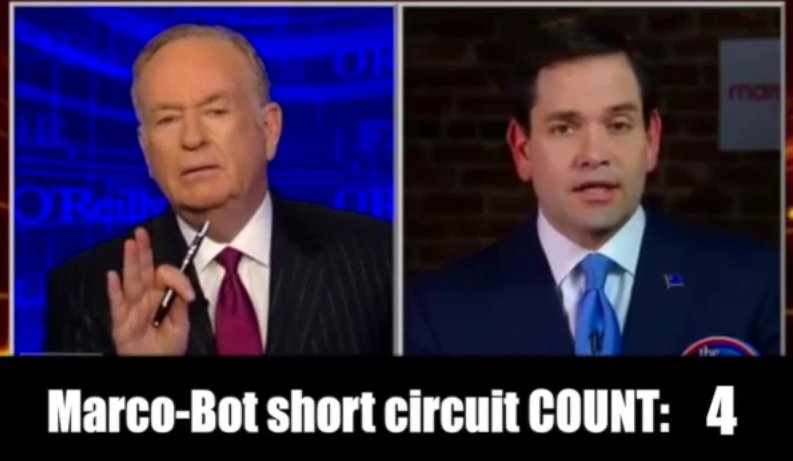 “It depends on what the American people are willing to support…” Marco-Bot said it 8 times in a ten minute segment. 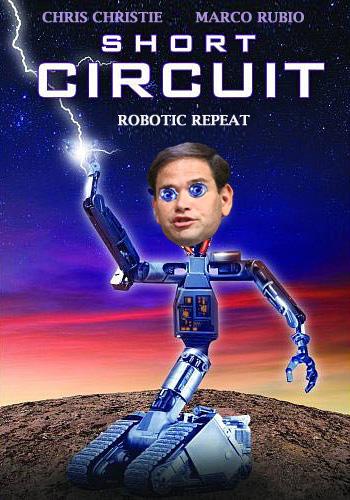 Rubio would be more honest if he switched parties. Then he really could be matched against Hillary…