Rush Limbaugh: Clinton’s Medical Problem Must Be More Than A One-Time Illness [VIDEO]

Whether Hillary Clinton is capable of being the president is a very important question. We already know that on every conceivable metric concerning trust, she fails to meet anything close to the standard. On issues of competency, she fails. On whether or not she has enough achievements of note, she fails.

However, on the issue of whether she is physically fit enough to be president, the issue is more debatable. 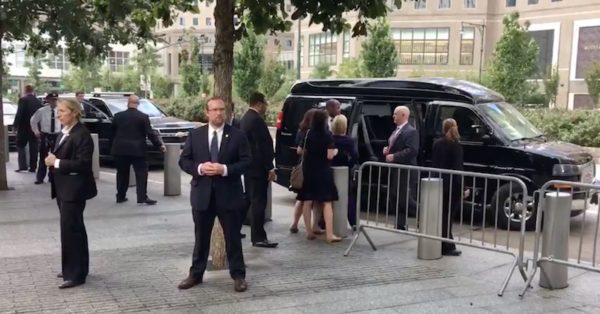 She has routinely demonstrated signs of poor health and while peoples’ medical history is their own business, it becomes our business as Americans when we consider whether someone will be able to execute the difficult duties of the presidency.

It’s clear that Hillary is sick and likely has been sick for quite some time. However, though her campaign continues to maintain that her condition is temporary, the bigger problem is that we simply cannot trust anything she or her staff says and her illness simply must be more than a one-time thing.

This point was recently made by Rush Limbaugh[2] and it’s a damn compelling argument. Check it out:

“And the only thing I can conclude, folks, is that none of this, to the people closest to her, medical staff, campaign staff, none of this must be abnormal, or none of it must be extraordinary. Maybe another way of saying it is this: Maybe it happened so frequently that they’ve just become accustomed to it and it isn’t the big deal to them that it is to us,” he said.

Limbaugh mentioned media efforts[3] prior to dismiss questions about Clinton’s health as a “conspiracy.”

“This is the first conspiracy I have ever known to fell somebody like it has her. Everybody’s saying all this is a conspiracy theory and now all these conspiracy theories are borne out to be true. The media has a history of hiding medical problems of ranking Democrats, Woodrow Wilson, FDR, JFK, any number of prominent Democrats the media’s gone out of its way to hide, and they’re doing it here with Mrs. Clinton as well,” he said.

After discussing the video shot Sunday showing Clinton getting into her van, Limbaugh affirmed his conclusion.

“Mrs. Clinton is obviously very ill.  She has not been well for a long time, and many people in the Democrat Party are well aware of it.

And they have decided to roll the dice that they can — the doctors or whoever can — exert enough control over the presentation of the symptoms of this disease that they can manage it,” he said.

Hillary is obviously ill – and that’s not her fault.

And that definitely is her fault.