Senate Minority Leader Harry Reid was injured back on New Year’s Day, reportedly by an exercise machine. Since he is still bruised months later, Rush Limbaugh isn’t buying it[1]. 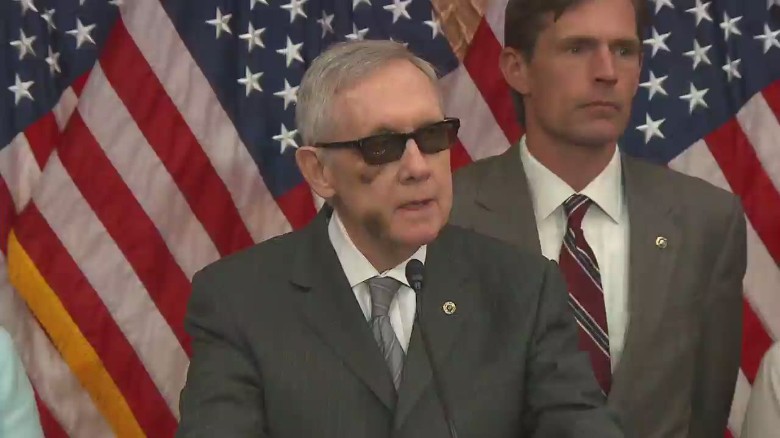 “I don’t believe for a minute that whatever happened to Harry Reid has anything to do with an exercise machine unless somebody repeatedly threw him into it,” Limbaugh said mocking Reid. “Harry Reid looks like and is acting like — and now with this announcement, behaving like — somebody who may have been beaten up.”

There have long been rumors of corruption swirling around Reid’s camp – is Limbaugh insinuating that Dingy Harry is getting some payback?