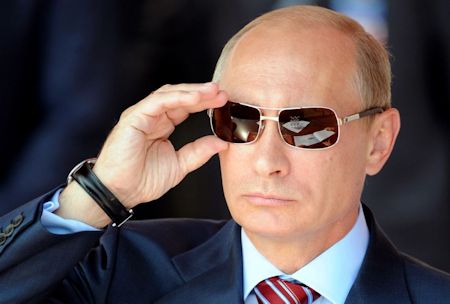 “Locating nuclear weapons on the sovereign territory of another state without its permission is a devious and cynical action,” states the letter signed by House Armed Services Committee Chairman Howard P. “Buck” McKeon (R., Calif.) and two subcommittee chairmen.

“It further positions Russian nuclear weapons closer to the heart of NATO, and it allows Russia to gain a military benefit from its seizure of Crimea, allowing Russia to profit from its action.”

Russian President Vladimir Putin in recent months “has escalated his use of nuclear threats to a level not seen since the Cold War,” they wrote.

In a related development, the Obama administration is funding non-official arms control talks with Russia through a Washington think-tank that are aimed at curbing U.S. tactical nuclear arms in Europe.

The first round of talks was held in Vienna Monday and Tuesday.

Such cuts are likely to be opposed by NATO allies, especially in Eastern Europe, worried by growing Russian military threats to the continent.

“The stationing of new nuclear forces on the Crimean peninsula, Ukrainian territory Russia annexed in March, is both a new and menacing threat to the security of Europe and also a clear message from Putin that he intends to continue to violate the territorial integrity of his neighbors,” Inhofe stated in a Sept. 8 op-ed in Foreign Policy.

In their Sept. 23 letter to the president, McKeon, Rep. Mike Rogers (R., Ala.), chairman of the subcommittee on strategic forces, and Rep. Michael Turner (R., Ohio), chairman of the subcommittee on tactical air and land forces, noted Russia’s violation of the 1987 Intermediate-range Nuclear Forces Treaty by building a banned cruise missile. The missile has been identified by U.S. officials as the R-500.

The lawmakers said the Russian nuclear deployment in Crimea represents the “clear, and perhaps irrevocable tearing” of the 1997 agreement between NATO and Russia that allowed Russia to maintain a military presence within the alliance.

The Russian nuclear deployment plans and treaty violation should have been discussed during the recent NATO summit in Wales but were not, they said.

As a result, the congressmen urged the president to brief Congress on the threatening Russian nuclear deployments in Crimea. They also called on the president to suspend the NATO-Russia accord and demand the removal of all Russian military personnel from NATO facilities.

Additionally, they asked that the United States and its allies halt all arms control surveillance flights by Russia carried out under the Open Skies Treaty.

Significantly, the three House leaders called on the administration to begin research and development on deployment sites for new U.S. intermediate-range ground-launched cruise and ballistic missiles, if Russian refuses to return to compliance with the INF accord.

Putin “must be made to understand that his actions will accomplish nothing more than the alienation [of] Russia from the West, its economy and its security architecture,” the lawmakers said.

“Until we have a strategy that convinces Mr. Putin he cannot achieve his dream of a ‘New Russia’ through illegal annexations, covert invasions, and nuclear saber-rattling, statements and sanctions along cannot be expected to have an effect on his actions,” the letter warns.

“Too much is at stake to continue to allow Russia’s dictator to continue to proceed on his current path toward regional destabilization without serous opposition.”

The action “further undermines Russian credibility in terms of the Budapest Memorandum that the Russian Federation signed in 1994,” the congressmen said.

The memorandum promised Ukraine would have security assurances against threats or use of force in exchange for Kiev giving up its Soviet-era nuclear weapons – at the time the third largest arsenal in the world.

On the Track 2 talks between Russian experts and a group hosted by the Washington-based Center for Strategic and International Studies (CSIS), the program leader was identified as anti-nuclear arms advocate Sharon Squassoni.

Squassoni took part in a study three years ago sponsored by the leftist, anti-nuclear weapons group Ploughshares Fund that called for removing all U.S. tactical nuclear arms from Europe.

Thomas Moore, a former senior professional staff member on the Senate Foreign Relations Committee who quit CSIS over concerns about Squassoni’s anti-nuclear slant, said he felt the Track 2 program, which was to cost $215,000 in federal funding, was unwise after Russia’s military takeover of Crimea which began last February.

Moore said in an interview that the administration could be using the CSIS Track 2 talks as a way of conducting direct negotiations to further reduce U.S. nuclear arms in Europe.

So basically, Putin wants to annex other countries, bring in WMD’s, and start blowing stuff up. How about…. no. Obama where are you in this? can you please actually be a leader and stand up for us in this? What do you think of the mess in Crimea?