Russian Sailor Drinks Half A Liter Of Rum Before Crashing 7,000-Ton Ship Into Scotland

Though there are many safety measures in place for those piloting large vessels, the most-important one might be: don’t get blackout-drunk and ram your ship into another country. It seems like a no-brainer, but evidently, a Russian sailor[1] missed the company memo on this topic: 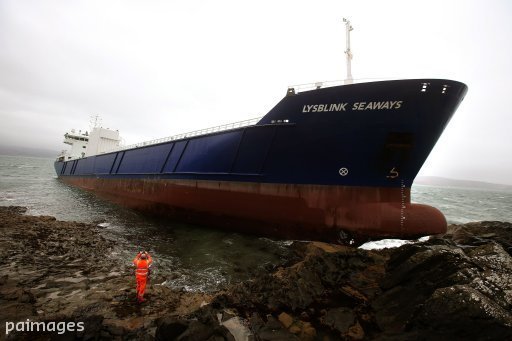 Now I love rum as much as the next man, but I’m not sure I’d ever want to get my pirate on while at the helm of a 7000 tonne vessel. Sadly though, one Russian sailor got so rum-drunk that he ended up ploughing his 423ft ship into… Scotland.

The Russian sailor who was at the helm of the Lysblink Seaways vessel was thought to be eight times over the national limit. Despite the company having a zero-tolerance policy on drinking, the 36-year-old chief officer decided to throw caution to the wind and recreate a scene from the classic (but utterly shit) movie Speed 2: Cruise Control.

A film so bad that Sandra Bullock couldn’t even save it, our Russian friend was probably best watching The Love Boat on DVD.

The ship was travelling from Belfast to Norway when it ran aground on the west coast of Scotland near Kilchoan in the Ardnamurchan peninsula. A DFDS Seaways spokesperson said of the crash:

“What happened on the ship was completely irresponsible. We have a very clear and very clearly communicated zero-tolerance alcohol policy which cannot be misunderstood. We have never seen an officer having violated the policy before and we have never before seen such negligence of our safety procedures. The officer is no longer employed by DFDS. We hope this will not cast a shadow over our other officers who rightfully enjoy a very good reputation.”

So the dude got fired then. Despite feeling a little bad for him, I guess it’s only fair.

While he obviously won’t get any more work piloting large vessels like this one, you might want to watch out next time you get on a banana boat in Ibiza. If you hear a Russian accent from your speedboat driver, maybe think twice.

Who amongst us have had a beer while out on the water in a ski boat? Even if it’s technically illegal, many bend this rule during a weekend on the lake.

But downing a bunch of rum and ramming a ship into a sovereign country? That’s a whole other level of drunken jackassery.