She Was Ruthlessly Bullied – Thought She Knew What To Do, Then Headed To The Subway Tracks…

Bullying has always been around and sadly, it will always be around. Kids can be unbelievably cruel and unfortunately, when they are cruel to kids with emotional issues, bullied kids can become suicidal. Students are now mourning the loss of a student who was bullied and who reacted by jumping in front of a subway train[1] – a sad reminder of our duty to be kinder to one another. 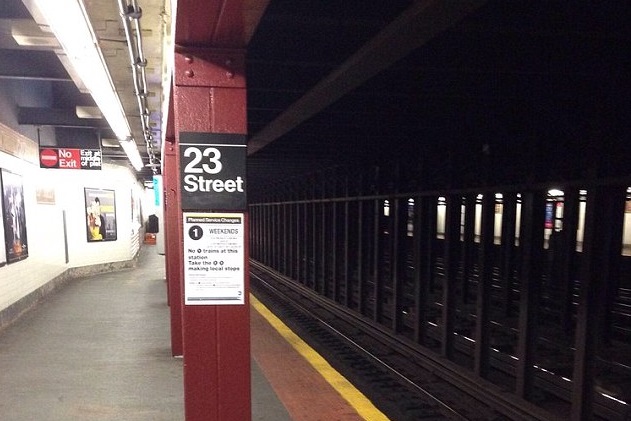 A high school student bullied by classmates reportedly committed suicide during her school’s lunch hour by stepping into the path of a subway train in New York City.

Aileen Jiminian left the Manhattan Village Academy campus in the Flatiron area of the city on Thursday and was fatally struck by a 1 train around 12.30pm when she climbed onto the tracks at the 23rd Street Station on Seventh Avenue, the New York Post[3] reported.

The 17-year-old girl was a 2016 semifinalist for the New York Times College Scholarship program and also had a twin sister who attends the school.

A student told the Post on Monday that Jiminian, who was a senior, would get picked on by other kids at the school.

‘It’s really sad. She would get called stupid or ugly or awkward. Some kids are just really mean,’ the student said.

School staff reportedly told students not to discuss Jiminian and only described what happened to her as an ‘accident.’

‘We were told not to talk about her or what happened,’ a student told the Post.

‘Our teacher told us last week that she got into a bad accident.’

A Manhattan Village Academy source told the Post that a number of students went to the school’s grief counselor and said they were upset with themselves over ‘how they treated her.’

On Monday a letter was sent to students’ families by the school telling them that she has ‘passed away.’

‘This loss of Aileen is sure to raise many emotions, concerns, and questions for our entire school, especially our students,’ the letter, which was signed by the school’s principal, Hector Geager, reads, according to the Post.

‘Please, at the request of Aileen’s family, impress upon your child not to post any information regarding this tragedy on social media.’

In a statement, Schools Chancellor Carmen Farina said: ‘I am deeply saddened by the tragic loss of one of our students and my heart breaks for her family and the entire school community at Manhattan Village Academy.

‘We are working closely with the school to provide crisis resources to support and comfort those grieving during this very difficult time.’

This whole ordeal is tragic and it likely has spurred conversations around campus.

However, the moral of this story is that students should be more mindful of their comments before someone kills themselves… Not just after.

Hopefully, this story will remind people to be kinder to one another.