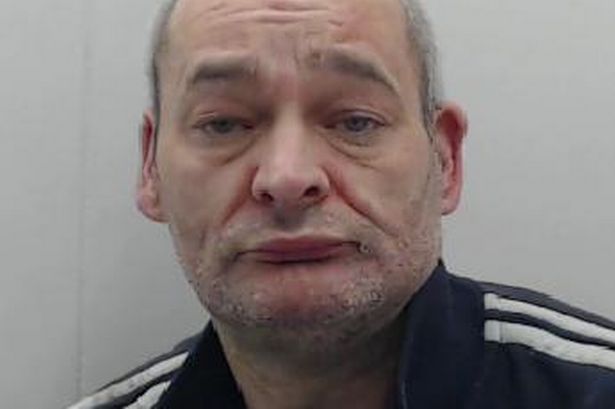 [1]Michael Walsh, a former amateur boxer from Manchester, England, has been sentenced to 23 years in prison for holding a woman prison and subjecting her to rape and torture for over 16 years. Whenever she would escape, he would track her down and punish her, forcing her back. [2]

In one of the most disturbing features of the case, Walsh tracked the woman down to a refuge 15 years ago, persuading her to come with him by threats.

To punish her for trying to escape his clutches he made her dig in the ground with her bare hands, telling her, ‘you’re digging your own grave’.

On another occasion, in front of his friends, he hit her on the head with a hammer and then made her sit in his garden in the rain ‘like a dog’ for an hour.

She finally reported him to police last year after he punched her in the head, causing a black eye which the judge described as ‘the worst example of its type I’ve ever seen’.

At Walsh’s sentencing hearing, Gary Woodhall, prosecuting, described it as one of the most serious cases of its type, because of the psychological harm, ‘additional degradation and humiliation, abduction, prolonged detention, violence, threats of violence, and forced entry into the victim’s home’.

Sending down Walsh, Judge Manley said he had subjected the woman to a ‘campaign of rape and violence’ and that she was ‘entirely satisfied’ he posed ‘a significant risk of serious harm to women’.

There are some real sickos in society who prey upon people unable to adequately protect themselves for whatever reason. This is why it is good to have family, church and others in your life who can look out for you. Sadly, modern society increasingly devalues family and religion, particularly the Judeo-Christian religion, leaving people alone without a support system.  Maybe if this poor woman had good people around her who saw what was happening, they could have stepped in and stopped this monster, instead of letting it go on for over 16 years. Our thoughts and prayers are with her as she now begins the process of healing from this horrendous abuse.