A popular fast-food place is enduring terrible press as citizens in nine states endure food poisoning from their food. Chipotle, the Mexican restaurant, has revealed that they are suffering plummeting sales[1] as federal authorities investigate their role in an E. Coli outbreak that is affecting many. 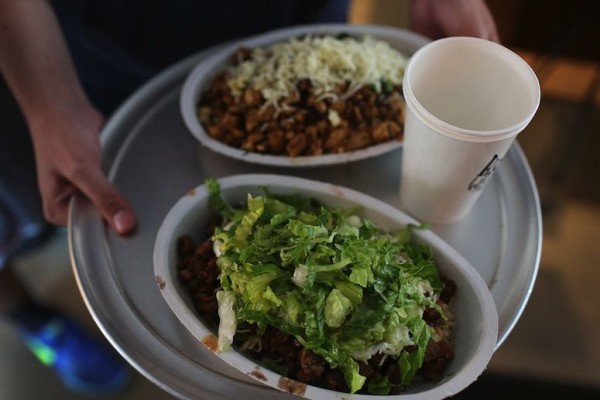 Shares in the popular burrito chain tumbled nearly 8 percent to $518 in extended trading after Chipotle warned that sales at established restaurants could drop 8 to 11 percent for the fourth quarter from a year earlier. This would be the first such decline in company history.

Investigators said the outbreak could widen again as local agencies upload data. Chipotle said in a regulatory filing that its sales could take more hits from “further developments, including potential additional announcements from federal and state health authorities.”

The government investigators added Illinois, Maryland and Pennsylvania to a list of states that already included California, Minnesota, New York, Ohio, Oregon and Washington. There were seven more U.S cases, with four of those linked to Chipotle.

The company said it has been tightening its food safety procedures.

The source of the outbreak is still unknown. Investigators suspect a fresh produce item that was shipped from one location to multiple restaurants.

Two of the newly reported illnesses started in October, and five started in November, suggesting the outbreak was not as short lived as previously thought. Prior to Friday’s report, the onset of most cases of illness had been in late October.

According to the CDC, most people infected with E. coli develop symptoms three to four days after contact with the germ. E. coli infections are spread by oral contact with fecal matter and can cause serious symptoms and even be life-threatening.

Chipotle said its enhanced its food safety efforts include testing all fresh produce before it is shipped to restaurants.

Chipotle and other restaurants have put greater focus on fresh, unprocessed food. While that may be good for nutrition, experts say it raises the risk of foodborne illness because cooking kills pathogens.

Coli is incredibly dangerous and hopefully, nobody encounters life-threatening illness from this outbreak.

Thankfully, many Second Amendment supporters have nothing about which to worry; Chipotle has made their position very clear and does not welcome those carrying firearms into their restaurants. So, if you’re a proud pistol-packer, sleep easy.