Last week I had the pleasure of viewing the new release American Sniper. This emotional and powerful story gives a civilian the deep understanding of the sacrifices made in war. Then along comes Michael Moore who’s never done an honorable in his life, spits on that sacrifice. Sarah Palin does not give Moore [1]and his Hollywood cronies who dishonor our military a pass in this awesome rant! 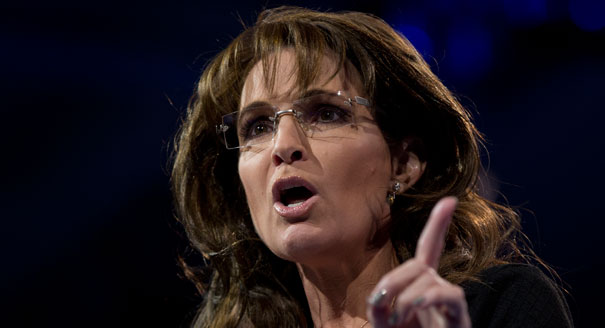 Former Alaska Governor Sarah Palin took to her Facebook page to slam “Hollywood leftists” who attack the U.S. military, in particular snipers in the wake of the success of the movie “Americans Sniper.”

Palin wrote, “Hollywood leftists: while caressing shiny plastic trophies you exchange among one another while spitting on the graves of freedom fighters who allow you to do what you do, just realize the rest of America knows you’re not fit to shine Chris Kyle’s combat boots.”

Her comments come on the heels of attacks on snipers, Kyle and the film by leftist director Michael Moore, comedian Seth Rogen and anonymous members of the Academy of Motion Picture Arts and Science.

Palin continued, invoking Kyle’s widow and children, writing, “May the epic “American Sniper” bring nothing but blessings to Taya and the children of this true American hero.”

I completely agree with Sarah Palin– and I too thank those who made this exceptional movie that honors our Military and teaches Americans that freedom isn’t free!