Saudi Prince parties for 3 days in his $37 million dollar mansion…during this time he imprisoned 3 women, forcing them to perform sexual acts and was only caught when a bleeding woman was seen fleeing from the house to escape. He was taken in for questioning and arrested…THEN after his bail was paid THIS happened! [1] 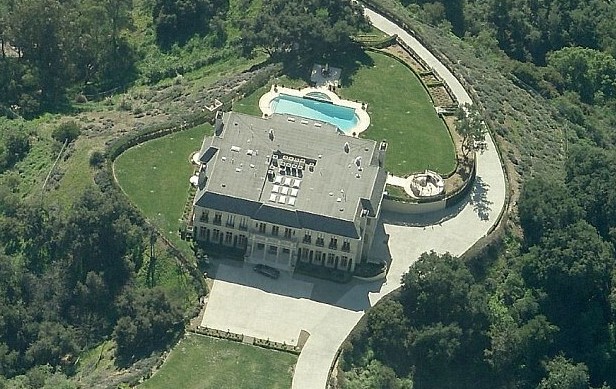 As reported by the Daily Mail, “A Saudi Prince sexually abused and beat at least three women during a three-day party in his $37 million Beverly Hills home, a new lawsuit claims. The graphic new allegations against Majed Abdulaziz Al-Saud, 28, were filed by his alleged victims on Friday night.

It comes two days after the monarch, who does not have diplomatic immunity, was arrested on suspicion of forcing a woman to perform oral sex on him. According to the suit seen by the LA Times, Al-Saud’s alleged victims described his behavior as ‘extreme’, ‘outrageous’, and ‘despicable’ as they were ‘imprisoned’ for days.

Police reported a ‘party atmosphere’ when they arrived at the house after a bleeding woman was allegedly seen trying to climb out of the housing compound. Officers said they expect more women to begin coming forward with allegations. Majed was charged with forced oral copulation of an adult on Friday, then quickly released after posting a $300,000 bond. The Saudi prince is scheduled to be in Los Angeles court October 19th.

However, speaking to Mail Online, neighbors say they believe the prince has already fled the country on a private jet, leaving his rented house behind. One woman, who would only give her name as Isabel, said: ‘Numerous cars were coming in and out of the property late Thursday, and it looked like the Prince was moving out.’ Meanwhile another neighbor, Eric Stiskin, added: ‘I am sure he has taken off on his private jet by now. I don’t think he even needs a passport to get out of here.’ A third, who wished to remain anonymous, said: ‘He has all the wealth to disappear and not come back. He can make a quick getaway, never come back and the accusations could still remain here.”

Why did the judge in this case not assess the possibility of this Saudi Prince being a flight risk and deny bail? We hear so much about the supposed “war on women” — where are the voices speaking out to demand this monster be extradited immediately back to the United States? Hello, Gloria Allred?

America must reclaim its position of standing up for those who are oppressed and persecuted — and I’m not talking about wealth redistribution to keep people economically enslaved to government largesse. I’m talking about standing up to the evil of a man who rapes a 12-year-old boy and beats his mother. I’m referring to a sick mind that violently and sexually abuses women and then flees the country.

A clear message must be sent that here in America — or wherever our men and women in uniform are deployed — we shall uphold the highest standards of morality and integrity. I will make this assertion: it is our fault as a nation that we have allowed this cultural undermining of our values to such an extent we are now considered valueless — and therefore an easy target. We cannot surrender standards of decency so that others feel they can do as they wish.

His private plane should have been impounded or at least under surveillance, along with his home. The question has to be why not — and did, as with our military in Afghanistan, someone make the decision to turn a blind eye? We can ill afford to appear acquiescent to this debasing sexual behavior — and this IS a cultural issue – OURS.

This man does what he wants, when he wants, without any care for what is right or wrong…and then flees the consequences…what a coward!