SCANDAL OF THE CENTURY: Clintons Caught Doing THIS

In January of 2015, a group of Haitians congregated outside the New York offices of the Clinton Foundation. Why? Because the Clintons are SNAKES! They chanted slogans that accused Bill and Hillary of having robbed them for billions of dollars! Just 2 months later, after being ignored…they were at it again. Now this has come to light..[1] 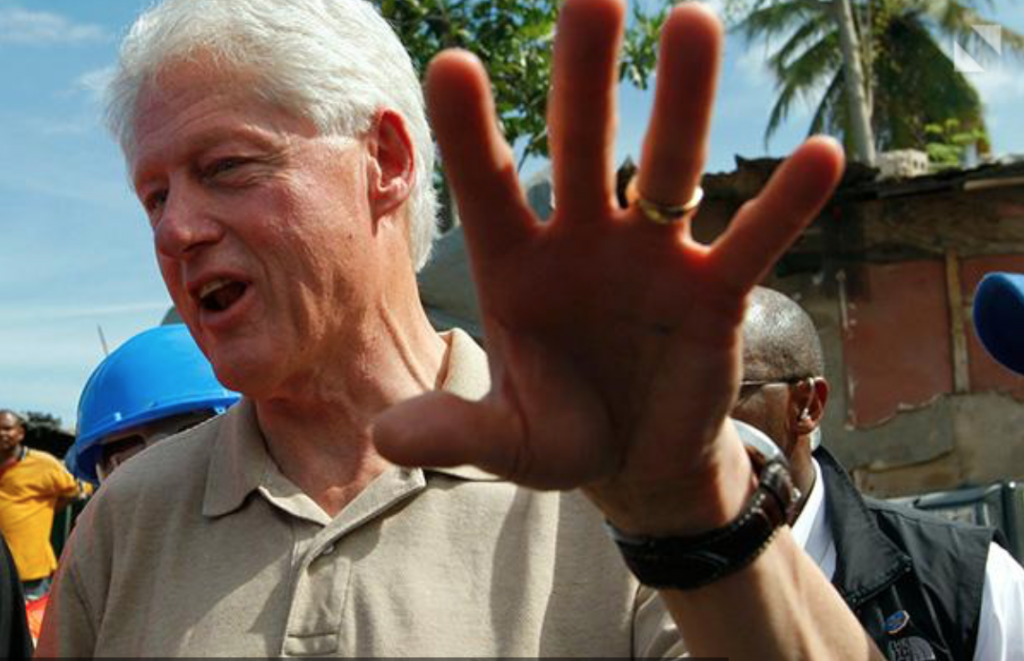 Haitians like Andre may sound a bit strident, but he and the protesters had good reason to be disgruntled. They had suffered a heavy blow from Mother Nature, and now it appeared that they were being battered again — this time by the Clintons.

Their story goes back to 2010, when a massive 7.0 earthquake devastated the island, killing more than 200,000 people, leveling 100,000 homes, and leaving 1.5 million people destitute. The devastating effect of the earthquake on a very poor nation provoked worldwide concern and inspired an outpouring of aid money intended to rebuild Haiti. Countries around the world, as well as private and philanthropic groups such as the Red Cross and the Salvation Army, provided some $10.5 billion in aid, with $3.9 billion of it coming from the United States. Haitians such as Andre, however, noticed that very little of this aid money actually got to poor people in Haiti.

Some projects championed by the Clintons, such as the building of industrial parks and posh hotels, cost a great deal of money and offered scarce benefits to the truly needy. Port-au-Prince was supposed to be rebuilt; it was never rebuilt.

Projects aimed at creating jobs proved to be bitter disappointments. Haitian unemployment remained high, largely undented by the funds that were supposed to pour into the country. Famine and illness continued to devastate the island nation. The Haitians were initially sympathetic to the Clintons.

One may say they believed in the message of “hope and change.” With his customary overstatement, Bill told the media, “Wouldn’t it be great if they become the first wireless nation in the world? They could, I’m telling you, they really could.” I don’t blame the Haitians for falling for it; Bill is one of the world’s greatest story-tellers. He has fooled people far more sophisticated than the poor Haitians.

Over time, however, the Haitians wised up. Whatever their initial expectations, many saw that much of the aid money seems never to have reached its destination; rather, it disappeared along the way.

Clintons claiming they have built schools that don’t exist? No wonder Hillary is pandering like a crazy fool to the BlackLivesMatter terrorists. She doesn’t want this found out. Among a million other things she’s done that is corrupt.