School caught serving lunch meat so old, guess what was taking place when it was fresh 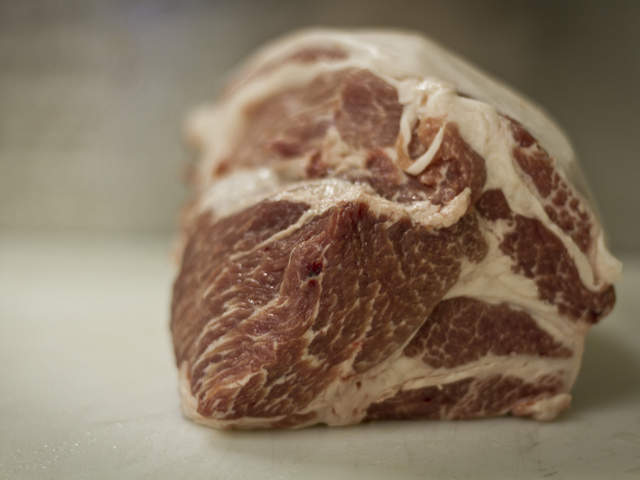 [1]Public schools lavish millions of dollars on fancy big screen TVs and other non-necessary items, while skimping on the things that matter most to our kids – like their health and lives. The Hawkins County School District in Tennessee was caught serving students pork that had been frozen between 2009 and 2011 – that’s before Obama started his second term, before the IRS was caught targeting conservatives, and before the Benghazi attack.[2]

According to Tech Times,

Reports from local media outlets based in Tennessee revealed that students in the Hawkins County district were served with pork that had been frozen between 2009 and 2011. So far, no sickness caused by eating the pork has been reported.

As a result, the district launched a meat inspection program that involves getting inventories of all currently frozen meat items and discarding those that are outdated. The new inventory system went into effect on Friday.

“There were some meats with dates of 2009, ’10, ’11 in the freezer,” said Hawkins County Director of Schools Steve Starnes. “Our child nutrition supervisor had the cafeteria managers look at the meat, do the tests, and see if it was OK.”

There was no information on whether the meat was tainted after it had been frozen all those years and then thawed and served.

The school district officials learned about the old meat after being alerted by Michael Herrell, a Hawkins County, Tennessee commissioner who is also a parent. According to Herrell, he received a photo of the six-year-old pork through a text message sent by a concerned cafeteria worker at Joseph Rogers Primary School.

The photo showed the meat in an unappetizing state. However, it also revealed the date of the meat’s packaging, which caused the district officials to come up with stricter policies on school-served lunches.

According to FoodSafety.org[3], pork roasts should not be kept frozen longer than 4 to 12 months. Good for that cafeteria worker who spoke up and exposed the gross meat. It is a sad state of affairs when a public school would rather put the lives of our children in jeopardy instead of spending some of the massive amounts of money they receive to ensure their meals aren’t poisoning them. 40% of the budget of many state governments goes to education alone. There is something seriously wrong with this picture.