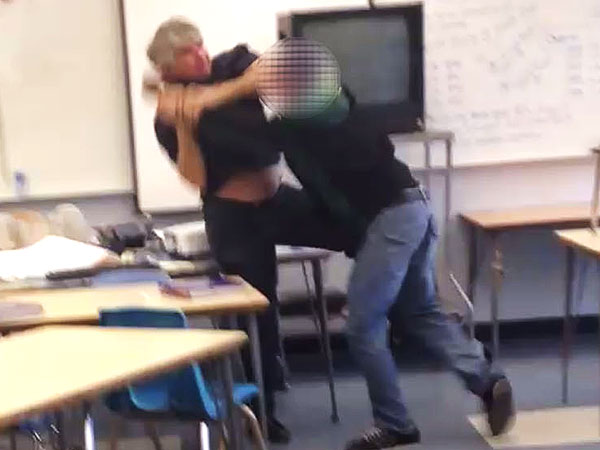 [1]Schools are becoming increasingly violent and controlled by gangs – even at the elementary level, due to political correctness. It is making life hell for the students who want to learn as well as their teachers. One school in Minnesota has become so bad a teacher sent an anonymous letter to a local newspaper reporter revealing the horrific conditions.[2]

The teachers of the St. Paul school district are “scared” of some of their students and the dangerous environment in their classrooms, according to an anonymous teacher who sent a heartfelt message to a reporter from the local newspaper.

But the environment in the district may be unlikely to change any time soon. That’s because Valeria Silva, the district superintendent whose policies have been blamed for the chaos in the schools, has a new three-year contract with a big raise.
…
Out-of-school suspensions and expulsions have declined dramatically, particularly for black students, who in prior years received an inordinate number of those types of punishments.

The new forgiving polices were approved by Silva and the school board, in consultation with the Pacific Educational Group (PEG).

PEG officials believe that American schools are plagued with “white privilege.” That means they are based on white cultural norms for the benefit of white students, to the detriment of black students and other minorities.

PEG, which signs consulting contracts with school districts like St. Paul, counsels local school officials to compensate for racial inequity by adopting more forgiving disciplinary policies toward students, particularly black students.
…
The lack of discipline has led to a series of frightening incidents at St. Paul schools. In the past two weeks a high school teacher and middle school teacher were physically attacked by students, and the high school teacher required hospitalization.

The St. Paul Federation of Teachers reacted to the most recent violence by threatening to strike if the school board fails to address the discipline issue.

The anonymous teacher wrote, “Today each classroom has 5-6, if not more, of these violent, disruptive students. Daily, the talk in the lunchroom and teachers’ lounge is about how the ‘tipping point’ has arrived. We can no longer control our classes.”

Politically correct policies do not stop racism, because who believes that the teachers are really just disciplining minority students because they’re racist? These policies are destroying the lives of the other children who are unable to receive a decent education if their teachers can’t control their classrooms. Shame on Silva, she should be replaced with someone who is colorblind and treats everyone equally, as our Constitution guarantees.