Every once in a while, animals that were thought to be extinct appear in the wild. Some animals are considered highly endangered and when scientists encounter such animals, it represents an opportunity; by breeding these endangered animals, scientists can bring them back from the brink of extinction. Scientists who encountered two endangered sea snakes in Australia are now undergoing such an endeavor.[1]

Scientists were left stunned by what a wildlife official caught on camera off the western coast of Australia.

Grant Griffin with the Australia Department of Parks and Wildlife took a photograph of two critically endangered sea snakes previously thought to have been extinct.

“We were blown away, these potentially extinct snakes were there in plain sight, living on one of Australia’s natural icons, Ningaloo Reef,” said Blanche D’Anastasi of James Cook University in a press release[3].

“What is even more exciting is that they were courting, suggesting that they are members of a breeding population,” D’Anastasi added.

Experts said the discovery was important because it allows wildlife activists to do what they can to protect the species.

“This discovery is really exciting, we get another chance to protect these two endemic Western Australian sea snake species,” D’Anastasi said.

Nevertheless, sea snakes have been declining in the area — and scientists aren’t sure why.

“Clearly we need to identify the key threats to their survival in order to implement effective conservation strategies if we are going to protect these newly discovered coastal populations,” said Dr. Vimoksalehi Lukoschek of the Centre of Excellence for Coral Reef Studies.

Australia is a place with tremendous wildlife. It is also home to a million different variety of things that can kill you. Visiting the land down under can be a thrill, but living there can take some true grit.

Though it is wonderful that scientists are working to preserve this species of snake, I’m not quite convinced that what Australia needs is more snakes. 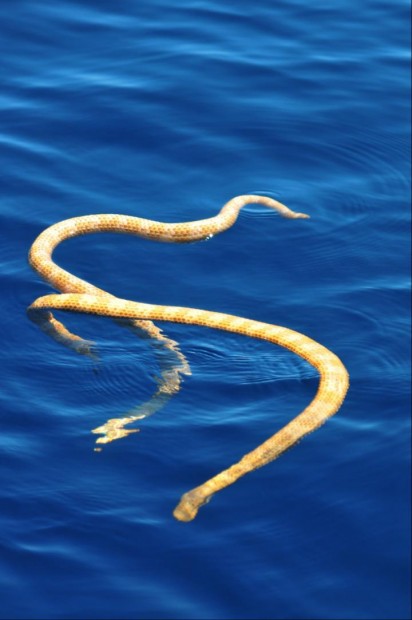