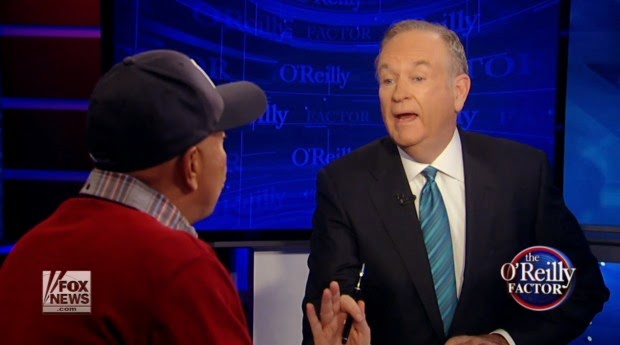 This is why there will never be a honest conversation on race because people like Russell Simmons never acknowledge self-inflected wounds in the black community. Russell Simmons is a disgrace to his race!

The Blaze[2] reports Fox News host Bill O’Reilly clashed with hip hop mogul Russell Simmons on Wednesday night over race relations in America and the crime rate within the black community. At one point, O’Reilly accused Simmons of ignoring the “astronomical crime rate among black men” in the United States.

Simmons argued a better relationship between police and blacks can be achieved through “sensitivity training.” He also advocated for special prosecutors in cases like the the police-involved death of Eric Garner in New York City.

O’Reilly quickly shifted the discussion to the “bigger issue.”