SELFISH: Woman Wants Time Off From Job For Doing NOTHING

In this day and age of two-income households, more and more women are in the workforce, and that’s great. However, we shouldn’t expect these women to give up all other aspects of life, such as giving birth or raising kids. That’s why we have protected maternity leave in America. However, one woman says that that’s not fair to childless women and has coined a new phrase: “Meternity,” a leave of absence for those women who just want a break from doing work. Check out her insane reasoning.[1] 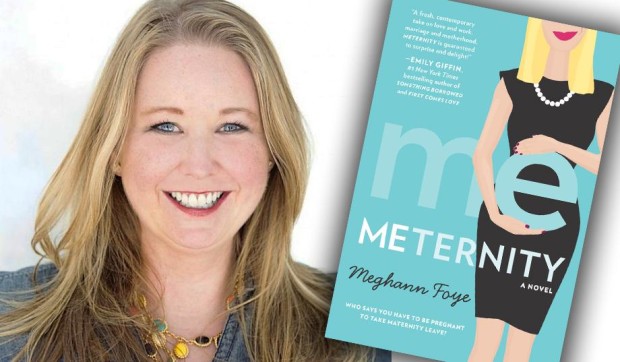 Our generation is infested with entitled narcissists. Social media is filled with people seeking to have their beliefs validated and their lives applauded. News cycles are dominated by groups of “victims” who believe that the world owes them something.

This world would benefit greatly from a big bite of a reality sandwich- the world doesn’t owe us anything.

This message clearly needs to reach Meghann Foye, a 38-year-old woman who believes that she (and other women) should receive maternity leave from work[3] despite the fact that she does not have any kids.

In a newly authored book entitled “Meternity,” Foye tells the supposedly fictional tale of a woman who faked pregnancy to get maternity leave.

Put another way, it’s the story of a lazy woman who orchestrated a con to get out of work. According to Foye, this is a valid principle.

Foye claims that when she was 31, she started realizing that it was unfair that those with kids “get to” leave work early pick up a child once in a while or those mothers who are expecting “get to” take time off from work.

“The more I thought about it, the more I came to believe in the value of a ‘meternity’ leave — which is, to me, a sabbatical-like break that allows women and, to a lesser degree, men to shift their focus to the part of their lives that doesn’t revolve around their jobs,” Foye said.

This is the very definition of hypocrisy: a woman who claims to be a crusader for true equality says that women without kids should be given a comfy vacation from work… but men’s needs count “to a lesser degree.” That sure sounds like the left’s interpretation of “equality.”

As if her assertion was not ridiculous enough, Foye continued[4]:

“There’s something about saying ‘I need to go pick up my child’ as a reason to leave the office on time that has far more gravitas than, say, ‘My best friend just got ghosted by her OkCupid date and needs a margarita’ — but both sides are valid,” she continued.

No. No, they’re really not. One is raising a child (or children) and trying to help form a functioning member of society. The other is looking to live-out a “Sex and the City” fantasy centered on superficial social dynamics.

I swear, at various points reading about Foye’s position, I thought somebody was screwing with me…

If we are tracing the crusade for supposed equality, we can see a chronology thusly: women demanded a place in the work force. Once there, they worked to be taken as seriously as their male counterparts. They then worked to facilitate a way of making two-income households work by demanding maternity leave. Now that that has been achieved, those who simply want a break from work should receive time off, too?

Following this trajectory, the next demand will be that women should be allowed to work from home or should be allotted 30 weeks of paid vacation a year. Where does it stop?

We all need “me time.” That’s a natural thing.

However, it’s insane that we’ve reached a point in society where the entitled delicate flowers of society think that they deserve a break from work just because they don’t feel like it.

Taking a break from work for leisure is called a vacation. Vacations are nice. Let’s not pretend that maternity leave is a vacation, shall we?