Inspired by the post immediately previous[1], and the realization that our President has revived a campaign slogan for unthinking dolts[2] to sell a dumb idea that He knows He cannot sell by appealing to reason and common sense — I decided to retitle the page called How To Make Large Numbers Of Some Reasonable People Do Dumb Things, Without Taking Any Responsibility For Telling Them To Do Any Of It.

The title, in spite of its length, wasn’t quite an accurate description of the contents inside. So I came up with something longer for a title, and completely re-wrote the contents. This page ranks pretty high on my list of pages that just might, possibly, with time, perhaps, morph into a real live book…maybe…but I’m not completely serious about that so I’m not afraid to expose the material to a public viewing. It’s not like it hasn’t been exposed already anyway. I’m not coming up with something new, I’m just describing something we see every month, every week, every day…

How To Motivate Large Numbers of People To Do a Dumb Thing, Without Anyone Associating the Dumb Thing With Your Name Later On[3]. 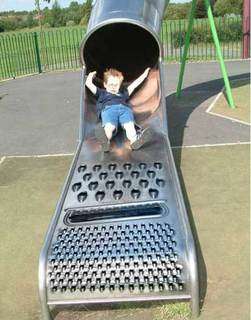 Whether we like it or not, it would appear this “skill” is to become the lifeblood of our future generations. I see a tomorrow in which, if you can pull this off, you get to live under a roof, reproduce, and eat; if you can’t then you don’t, don’t and don’t. I see a future in which we systematically ostracize, throughout a process that involves many stages, anyone lacking the ability to do this.

So anyone who can’t do it, better learn how.

This is not to say I think all hope is lost — although anyone following the link could be forgiven for concluding I do possess such a pessimistic outlook. I really don’t. People, in my mind, are capable of some wonderful things when they put their minds to it…but their default state is not to put their minds to it. You could say I have a very “Christian” view of mankind’s default state. Our default mindset is nonsensical, dysfunctional, blighted. Once we get into groups to share our ignorance, the stupidity exponentially grows…like, for instance, twenty people are four times as likely to fall for obvious nonsense as ten people would be.

Once reminded of our failings, to the point where we snap out of this stupor-of-stupid, that’s when we can do things that are good.

Lately, it isn’t happening. But with time and a healthy sense of fatigue, it will. Keep your chin up.

In the meantime, gaze upon the stupidity rolling forth with as healthy an outlook as you can. Keep the eyeball-roll…we are all mortal, we are all flawed, we are all descended from she who took the apple from the snake, and he who chomped away at it. Find humor where you can. Record what you see for posterity.

If you are like me, you were taught in public school that Franklin Roosevelt heroically ended the Great Depression with his bold policy reforms. Now we’re living through exactly the same events all over again. I don’t know about you, but I’ve been flabbergasted at how less flattering these things when you’re seeing them up close, as a contemporary, without the rose-tinting effect of “history” and her biased, dirty “progressive” lens. It’s really amazing to me the substandard quality of the fertilizer being sold, and ordered up in huge quantities, right now.

You know what sums it up better than anything? That protest sign I saw from a tea party protest…somewhere…damn my laziness, I didn’t record a link to it…

How Can Debt Be The Problem AND The Solution??