Sen. Ted Cruz is spinning his wheels if he announces a presidential run on Monday 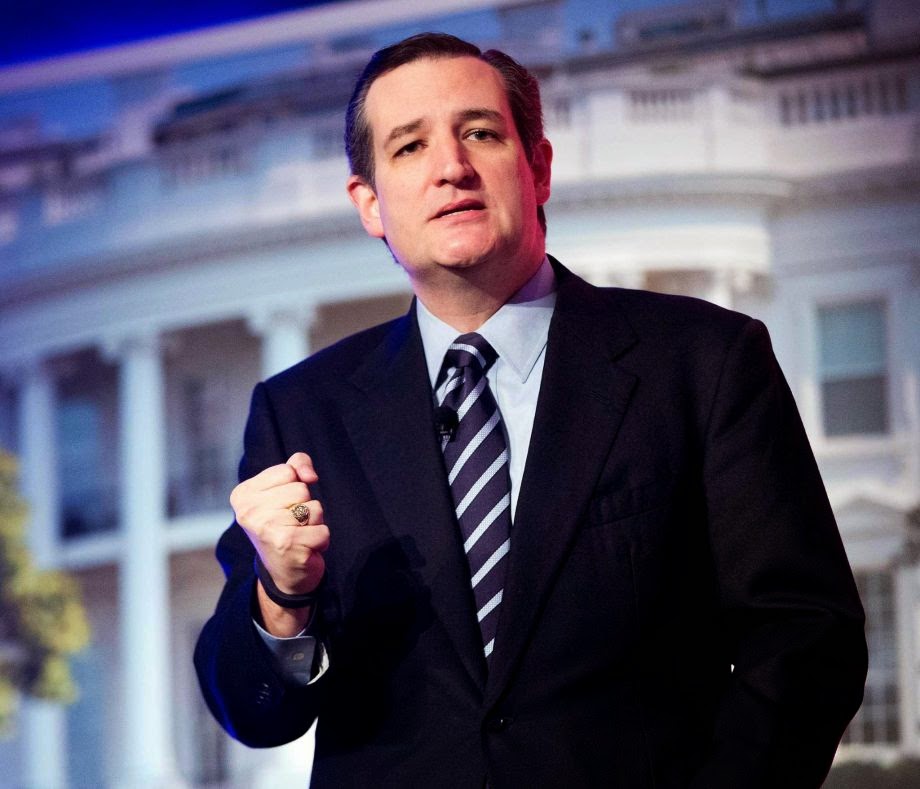 I love Ted Cruz[1] and I have vigorously defended everything he’s done since joining the Senate. But, having said that, I feel his potential decision to announce a run for the White House in 2016 to be a huge waste of his time. There’s good reason why senators rarely get elected president and judging by the last one voter shave elected twice, those reasons remain very valid.

Cruz is more valuable right where he is in Senate standing for the Constitution holding Statists feet to the fire. If he wants to be president one day, let him get elected governor of Texas first and build a track record of executive success like other Republican governors have at this moment and who are better candidates than Cruz.

Houston  Chronicle[2] reports Sen. Ted Cruz plans to announce Monday that he will run for president of the United States, accelerating his already rapid three-year rise from a tea party insurgent in Texas into a divisive political force in Washington.

Cruz will launch a presidential bid outright rather than form an exploratory committee, said senior advisers with direct knowledge of his plans, who spoke on condition of anonymity because an official announcement had not been made yet. They say he is done exploring and is now ready to become the first Republican presidential candidate.

The senator is scheduled to speak Monday at a convocation ceremony at Liberty University in Virginia, where he is expected to declare his campaign for the presidency.

Over the course of the primary campaign, Cruz will aim to raise between $40 million and $50 million, according to advisers, and dominate with the same tea party voters who supported his underdog Senate campaign in 2012. But the key to victory, Cruz advisers believe, is to be the second choice of enough voters in the party’s libertarian and social conservative wings to cobble together a coalition to defeat the chosen candidate of the Republican establishment.

There’s no doubt in my mind that Ted Cruz can be an excellent president for this country. However, that time isn’t now.