He Set Up A Booby-Trapped Box For Revenge On Package Thief, Then Records As She Runs Up To Porch [VIDEO]

Mail delivery is a blessing. It has completely changed the world and how we spend out time. No need to go Christmas shopping anymore, just hop on the computer, go to Amazon, order the gift you’re looking for and BOOM![1] It’s right there at your front door. Sometimes, it can even be there the very same day your ordered it… 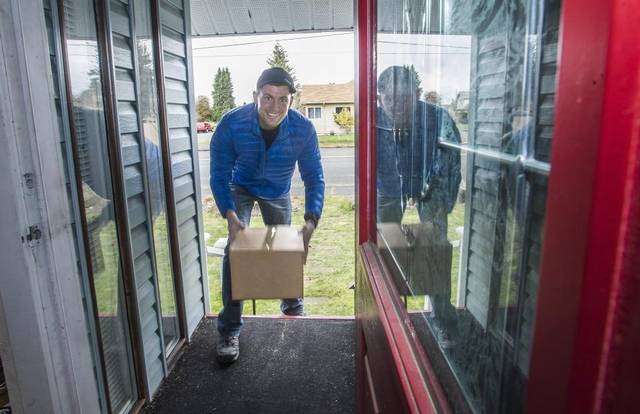 But that doesn’t mean that you are safe from thieves that stake out homes looking for packages to steal from porches. In fact, here is one guy that got so furious over his packages being stolen right off his front porch, that he actually set a shotgun shell surprise for the next low-life that tried to steal his property — and he made sure to catch it all on film for the police to review.

Jaireme Barrow took a fake package he had made and set it with a blank 12-gauge shell so that if a thief tried to run off with his package, he or she would be met with a load POP!

Just as he planned, it didn’t take long for a woman to be caught heading up to the door and picking up Barrow’s package — but before she could make good on her thievery, a loud BANG came out of nowhere! 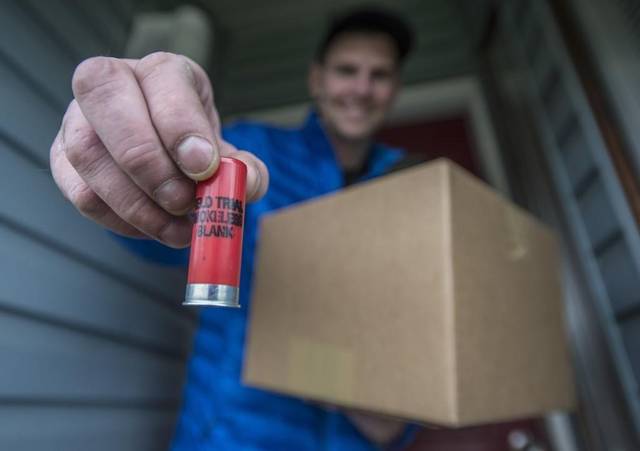 We see the woman jump and yelp in terror, no doubt thinking she was being shot at as she fled back to her vehicle. A man exited the house, presumably Barrow, to try and catch the thief’s licence plate before she could get away. This thief wasn’t the only one to try and rip off Barrow, though. He has plenty of folks recorded on camera and all of them fall for the trap he set. They all end up the same – running for what they assume is their lives.

Barrow had this to say about his little endevour:

“You know you’re at work and you’re working hard and you’ve got these people out there that make a daily routine of running around and stealing packages. There’s no real way to prevent it, so this is my solution.”

He also posted online about it:

“I got fed up with having my Jeep parts stolen so I decided to rig a package with a 12 gauge blank shell.”