IT WAS A SETUP – Trump Was Ambushed…

No, you read that right. As if the left couldn’t get any more despicable (for any liberals reading, that’s not a challenge), a Pastor from Flint, Michigan planned out her interruption to Donald Trump’s speech.

Because “how dare you have an opinion I don’t like!?! All of these people who took time out of their busy lives to come listen to you speak are now going to have to hear me because I’m more important!” I thought selfishness was just for children, but this unfortunate woman decided to prove me wrong. 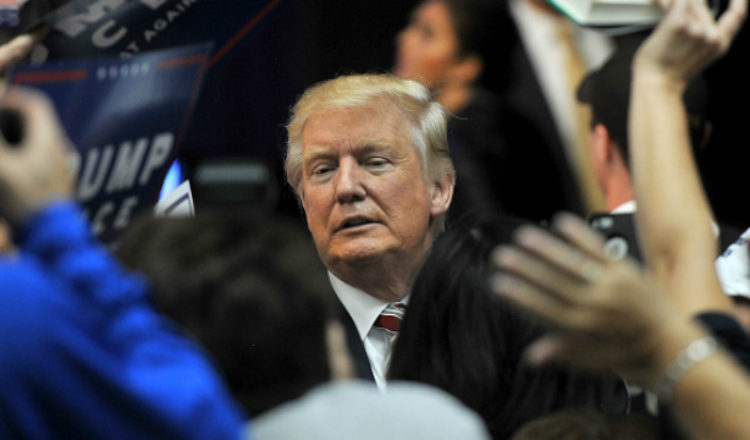 According to her Facebook page, Faith Greene Timmons posted the following message:

“Today is the day! We have a chance to show DONALD TRUMP than this nation is filled with intelligent, wise black citizens fo integrity many of whom live right here in FLINT, MICHIGAN. What he will see is how we are braving a manmade catastrophe. HE WILL NOT USE US, WE will EDUCATE HIM!!!“

But if you listened to the mainstream[2] media, this is the kind of nonsense you might have seen:

The Rev. Faith Green-Timmons, an African-American pastor in this predominantly Democratic city, didn’t want to hear it and stepped in to stop him.

“Mr. Trump, I invited you here to thank us for what we’ve done in Flint,” Green-Timmons said as she approached Trump. “Not to give a political speech.”

A chastened Trump quickly looked to smooth things over.

“OK, that’s good. I’m going to go back onto Flint,” he said, pivoting back to a discussion of the city’s troubles with a lead-contaminated infrastructure that has left its water supply undrinkable. “Flint’s pain is a result of so many different failures.”

How does what Politico reported above match up with what Timmons herself posted on Facebook before heading out to meet Trump?

And then there’s this little gem from the same article:

In a statement, Green-Timmons made it clear to the media that she welcomed Trump because her church welcomes all people and cherished the opportunity to remind the nation about the crisis her city is coping with.

Yes, she made that very clear with what she posted on social media.

So, the question we have to ask now is: was Donald Trump invited to the church to speak, knowing he’d make it political and she’d have to chastise him like a little boy in front of the cameras? Or, is it more likely that this woman talked a big game on Facebook, but didn’t have the guts to do anything more than steer the Presidential nominee in the right direction for his speech?

Let us know what you think on our Facebook page!