Severely Burned Girl, 5, Who Lost Her Entire Family in an Act of Arson Just Wants Cards For Christmas

A bittersweet story is making its way around the net. A young girl, the only survivor in her family from an arsonist’s attack, was left severely burned. However, though her life will never be the same, she has not lost her faith in humanity and has asked not for money nor for material support, but for Christmas cards.[1] 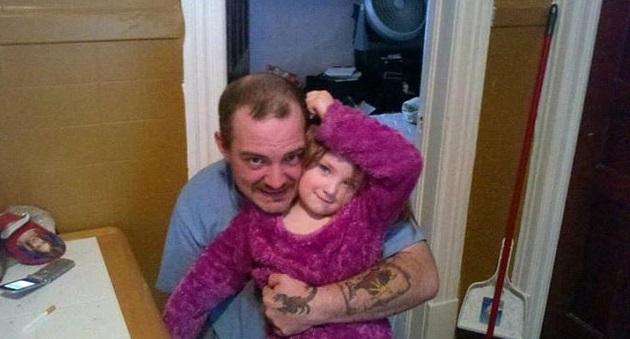 [2]
A sweet little girl in New York [3]has only one wish for Christmas this year and is asking people to help make it more merrier.

She was the only survivor, as firefighters found her next to her father who used his body in an effort to shield her from the flames.

The arson still remains unsolved, even though a federal jury convicted one man in November for lying to a grand jury investigating the fire, according to the Daily Gazette[4].

The five-year-old girl suffered severe burns to over 75 percent of her body.

Her aunt, Liz Dodler, told BuzzFeed[5] that her niece, who she has sole custody over, has had numerous surgeries.

‘Safyre has had multiply operations, over 50. She had lost her right hand, three months after the fire and lost her left foot in March,’ Dodler told BuzzFeed.

‘She continues to have problem with her mouth due to the scar tissue tightening up. Her next operation is on January 5th.’

A family friend started a YouCaring Compassionate Crowdfunding campaign to raise money to help assist her aunt with the cost of Safyre’s medical care.

Dodler, who is already the mother to four young children with her husband Mike, shared that she bought a tree to hang Christmas cards on for this holiday season, and that Safyre instantly got excited when she saw it.

”I can’t wait to fill it up’ my response was ‘Hunny, that’s probably not gonna happen. We maybe get 10 cards a year, and the card tree holds 100,” she shared with BuzzFeed.

Dodler decided to do something and posted a request on Facebook[6]: ‘I wonder how many of my friends would take the time to write and send Safyre a Merry Christmas card that she can hang on her card tree….’

Since posting the request December 3, hundreds of people have shared in the comments that they will send the little girl a card.

Dodler shared a heartwarming photo Monday of a happy looking Safyre holding a pile of cards that she received in the mail.

‘Can someone say GLOWING…Safyre got mail today,’ the caption on the post reads.

This little girl’s courage shows a lot about what human beings can accomplish in the face of adversity. While so many would crumble into despair- which would be very understandable- this little girl has turned her horrific ordeal into an opportunity for Christmas cheer.