‘The Shame Sticks To You Like Tar’: Monica Lewinsky’s Life Has Changed Dramatically Since Spending Time ‘In The Back Office’ With Bill Clinton

The American public can be exceedingly unforgiving of bad decisions and wrong actions, continuing to mock those who made them, even years and years after the incident. Celebrities in trouble[1] are routinely crucified by the panting public, which ravenously devours every word of the gossipy scintillating scandal, while at the same time contemptuously pronouncing judgment on those who caused it or are caught in it. And that is why it is so refreshing to see Monica Lewinsky moving on and engaged in something that matters; something that can help others caught in it. 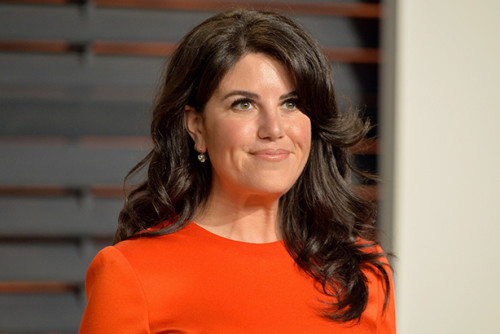 Monica Lewinsky has described the public humiliation she suffered after her affair with President Bill Clinton was exposed as ‘excruciating’, and said it brought her ‘very close’ to attempting suicide.

The 42-year-old former White House intern became a household name after her friend Linda Tripp secretly recorded conversations with Lewinsky discussing the affair and passed them on.

The Lewinsky scandal broke in 1998, when a news report emerged saying then-President Bill Clinton had an affair with Lewinsky, who started flirting with the president soon after her internship began.

One day she told him ‘I have a crush on you’ and he responded ‘Well, do you want to come into the back office?’.

Clinton first forcefully denied the allegations, saying in January that year in a public statement: ‘I want to say one thing to the American people. I want you to listen to me … I did not have sexual relations with that woman, Miss Lewinsky.’

He eventually admitted in August 1998 to having an inappropriate relationship with Lewinsky.

‘It’s a skinning of sorts. You feel incredibly raw and frightened. But I also feel like the shame sticks to you like tar.’

Lewinsky told Forbes in 2014: ‘Having survived myself, what I want to do now is help other victims of the shame game survive, too.’

And its her work as an anti-bullying advocate that has helped her find purpose in life and fully move on from the story that has haunted her since she was 22.

‘I really think that I’m grateful to have this opportunity,’ she said. ‘Even though I have suffered from shame, I’m not ashamed of who I am.’

The tendency of all of us to judge others harshly, as if no one should ever get a second chance, or twentieth chance, demonstrates our own lack of humility. We look down on celebrities who sin as if we have never needed another chance, as if they should have been perfect. Bad decisions have consequences, it’s true. We all pay the price of doing wrong, as did Ms. Lewinsky. But one of those consequences should not be the arrogant condescension of all the rest of the flawed human beings in the universe. Monica Lewinsky is a woman who did something wrong, just like the rest of us have. Remember, the standard we use to judge others is the standard that will be used to judge us. Got any skeletons in your closet you’d care to share with the world? Here’s to Monica helping people struggling with the shame and finding some personal redemption as she does.