She Stopped Him From Mugging Elderly Woman, Then He Does THIS To Her Right In Front Of Her Child!

Few petty criminals expect to have their nefarious efforts foiled by a Good Samaritan. Even fewer probably expect these criminal acts to be foiled by a mom with two kids. But when a mother witnessed a pickpocket applying his craft to an unsuspecting victim, she stepped-in and was assaulted as a result of her bravery. Check it out:[1] 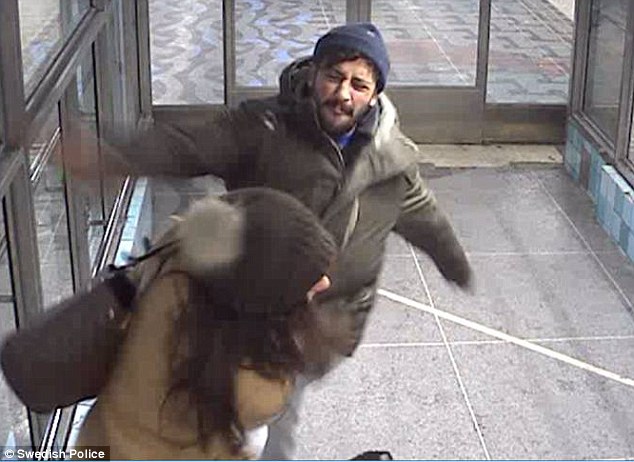 This is the moment a thief attacks a mother in front of her two children, kicking her in the stomach, hitting her in the face and spitting on her, after she stepped in when he tried to rob a pensioner.

The shocking incident took place in central Stockholm, Sweden, earlier this month and was caught on security cameras.

The attack has caused outrage in Sweden, with the head of the police investigation swearing to catch the perpetrator ‘if it’s the last thing I do’.

The video shows an elderly woman walking out of the Gamla Stan[Old Town] tube station and picking up her phone  out of her bag.

As she answers the call, the perpetrator walks up behind her and tries to steal her wallet out of her open bag,

However, his attempt is foiled by a mother who is walking in the opposite direction with her two young children.

‘The mother who sees this screams to the old lady to watch out, and pushes the man’s hand out,’ lead investigator Stefan Tellqvist with Stockholm City Police told SVT.[3]

The thief then turns on the mother, who is holding the hand of one of her children, kicks her in the stomach and hits her across the face.

He walks off, leaving the woman in shock, and exits the station as she appears to be shouting something after him.

However, seconds later, he returns and runs after the woman and spits her in the face as she is holding her child in her arms.

‘It is the worst thing I have ever seen during my years as a police officer, said Mr Tellqvist.

He adds that he is due to retire this year, and has now made it his mission to put the man behind bars.

On a sidenote, that is one of the reasons why universal concealed carry legislation is so important. But that’s another post for another day…

Good for this woman for standing-up to the thugs of society! Hopefully, justice will soon find this piece of work.