Why Sheriff Clarke Is DONE Being Diplomatic With Obama – Explained [MEME] 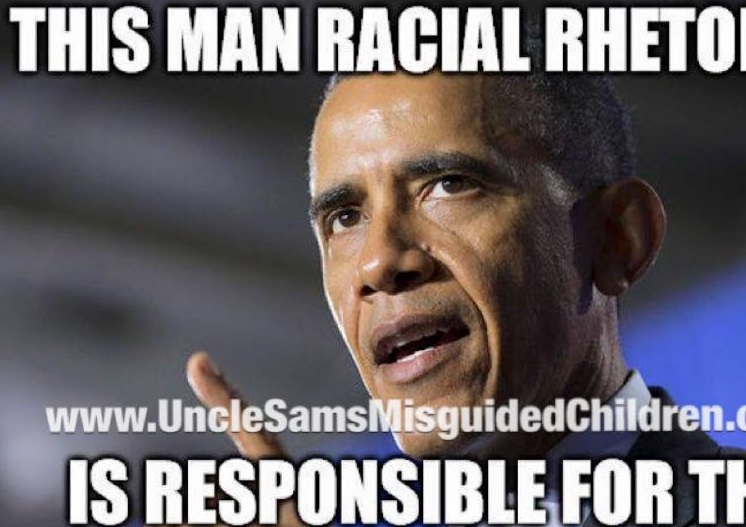 Obama will not be going down in history as the first black president. Nope. That man will be remembered as the most divisive, most selfish and most terrorizing President in the history of U.S. Presidents.

His legacy leaves nothing but blue blood on his hands. 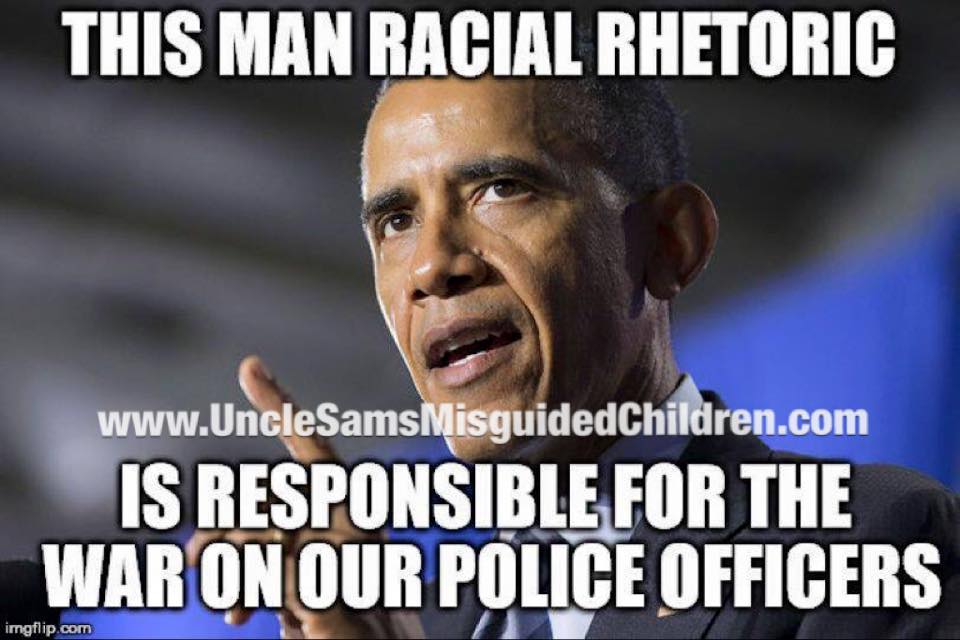 “The cops acted stupidly.” This was Obama’s version of “The shot heard ’round the world.” It was, in effect, a rallying cry to all criminals that he had their back, should the police intervene in any way. It is what sparked the rash of anti-police rhetoric, which only picked up steam after the media began playing its part in dividing Americans up by race.

Now, Obama is getting the wake-up call he needs. Will he listen?

The president of the Cleveland Police Patrolman’s Association said on Sunday following the killing of three police officers in Baton Rouge, La., that President Obama has “blood on his hands.”

Detective Steve Loomis told Fox News, “The president of the United States validated a false narrative and the nonsense that Black Lives Matter and the media are pressing out there to the public — he validated it with his very divisive statements. And now we see an escalation.”

“This has got to end. We need some leadership in this country to come forward and put an end to this,” he continued.

“I don’t care if it’s clergy, I don’t care who it is, but somebody’s got to step up and put an end to this. Because it’s the false narrative and very influential people that are politicizing the false narrative. Absolutely insane that we have a president of the United States and a governor of Minnesota making the statements that they made less than one day after those police-involved shootings,” said Loomis.

“Those police-involved shootings, make no mistake, are what absolutely has triggered this rash of senseless murders of law enforcement officers across this country. It is reprehensible,” the police leader stated. “The president of the United States has blood on his hands and it will not be able to come washed off.”

Do you think he’s right? Or is Obama just catching the blame because people don’t know who is responsible for this mess?