Sheriff Clarke Rips Obama: He “Lacks the Courage” to Be Honest With The Black Community (Video)

Hundreds of race activists turned out in New York City for the #RiseUpOctober march and rally on Saturday…their chants echoed, vibing anti-police sentiment through the city. ‘F*ck the Police!’[1] was shouted endlessly…THEN in a disgusting response, Obama basically gives them the thumbs up! …asking America to acknowledge their struggle is real. Sheriff Clarke…refuses to let Obama get away with his cowardly actions and has spoken out and said THIS! 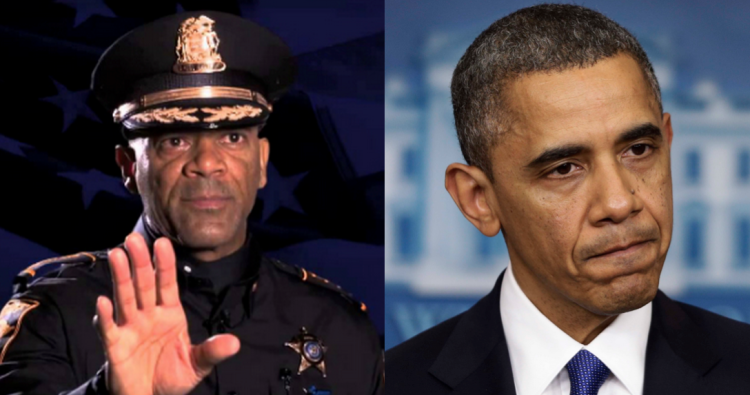 The Rise Up October movement is a three day protest against police killings and brutality.
The rally was organized by local Communist leaders.

The protesters chanted “F*ck the police!“ as they marched to Bryant Park in midtown.
** Barack Obama supports this anti-police movement.

“Well, there is no way to understand this nonsense… The claim made by President Obama that “this is not based on emotion, it’s real,” is just plain wrong. These claims are based on fiction. Once you strip away the myths, the lie, the propaganda all that remains is the facts. Lies put out and repeated over and over again by the President of the United States are not a substitute for empirical research… The President of the United States lacks the courage to look at the black community and tell them to look in the mirror as the source of their problems.

Thank goodness Sheriff Clarke has a public voice…at least someone can call out Obama for his cowardly lies that WILL be heard!