Oh boy, am I looking forward to being called a sexist for the next 4 years by people who can’t come up with an intelligent and articulate defense of their favored politician. Wait, I’m a woman, so what does that make me? Probably a gender traitor or some similar nonsense.

Luckily, I’m not the only one who thinks that this “argument” is absolutely, dare I say, deplorable? It’s disingenuous at best and at worst, it’s a bullying tactic of which Saul Alinsky would be proud. 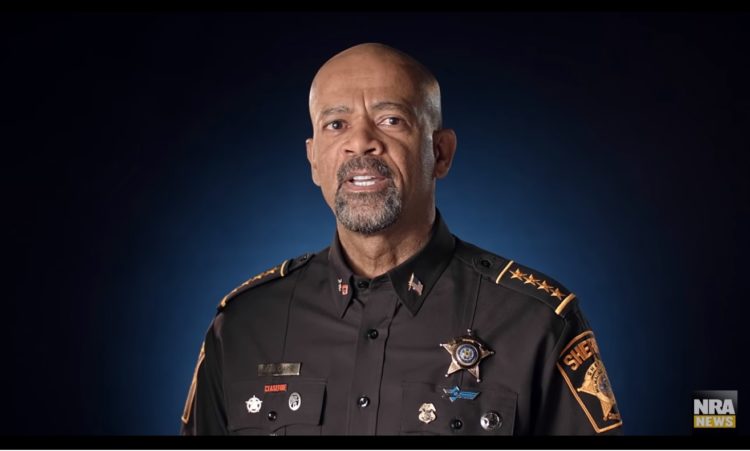 On Tuesday[2], Sheriff David Clarke stated that it’s not sexism to disagree with Hillary Clinton over her lies and scandals.

“Barack Obama for seven-plus years has played the race card … so now they’re going to switch and try to play the gender card,” he said on Fox News. “The problem is that the American public is tired of this class warfare.”

Well, he’s not wrong. I was only a racist after Obama started running and nothing tells me I’ll only be sexist if I don’t vote for Hillary.

“The reason why they don’t like Mrs. Bill Clinton[3] is not because she’s a woman,” Clarke said. “It’s because she’s dishonest and because she is hiding something: She’s hiding the truth.”

“She tries to play herself off as a victim like she’s Little Red Riding Hood, but she’s more like the Big Bad Wolf. As soon as you turn your back on her, she’ll bite you,” he said.

Women are either the fierce creatures who can do anything like Clinton would have you believe, or she’s a wimpy flower who needs men to fight her battles for her, which means she will be extremely ineffective as President and needs to drop out of the race so someone with more backbone can take her place. It’s really that simple.