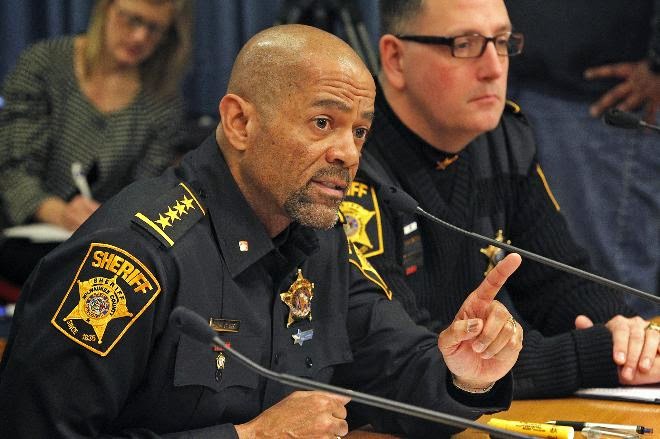 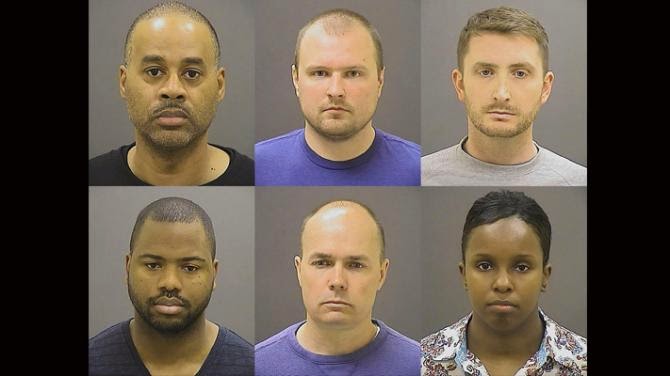 I thought the state’s attorney was still in high school giving a peeprally[1] to the mob. She’s way in over her head like Baltimore’s mayor Stephanie Rawlings-Dinkins.

Breitbart[2] reports Milwaukee County Sheriff David Clarke (D) declared the charges brought against six police officers in the death of Freddie Gray “George Zimmerman and the Duke Lacrosse case all over again” and said “these cops are political prisoners,” offered up as human sacrifices, thrown like red meat to an angry mob” on Friday’s “Your World with Neil Cavuto” on the Fox News Channel.

Clarke said of the charges, “it’s a miscarriage of justice. This neophyte prosecutor stood up there and made a political statement, Neil, and I say that because she’s chanting or voicing some of the chants from this angry mob. Her job is to tune that out.

She said, I hear the voices. She’s not supposed to hear anything as she reviews this case that is not consistent with the rule of law and our system of justice. Look, I’m an experienced and a veteran homicide detective. I’ve had — I’ve participated in charging conferences. There is no way I have ever gotten a criminal charge within 24 hours after taking over all the reports and evidence to a prosecutor. A prosecutor who is thorough needs several days to sift through hundreds of pages of reports.

They usually want to interview some of the witnesses themselves, in person, and they have to sift through all of the evidence, piece by piece, and they have to wait for some of the forensics evidence to conclude, to come back and that’s why I say on a minimum, three to four days. She just got this case yesterday. This is political activism. She’ll never prove this beyond a reasonable doubt, and I’m not going to silently stand by and watch my brother officers, offered up as human sacrifices, thrown like red meat to an angry mob, just to appease this angry mob.” And that “she rushed this thing through.”