This is an extremely disgusting and unfortunate situation to bring a child into, and this woman should be ashamed. A history of sexual activity with minors is not something a child looks for in a mother. I only hope[1] that this boy knows better than she does. A teacher who was struck off after sleeping with a 17-year-old pupil on prom night has given birth to a son.

Former French teacher Isabelle Graham repeatedly ‘engaged in sexual activity’ with the boy after giving him alcohol and sharing a bed with him at a Travelodge in Edinburgh.

Mrs Graham, a devout Christian who was at the time engaged, was banned yesterday by the General Teaching Council for Scotland, despite claiming her drink had been spiked and that she had no recollection of events.

Now a picture has emerged of the 28-year-old and her husband cradling her baby bump shortly before she gave birth last week.

The former teacher at Whitburn Academy, West Lothian, was judged unfit to teach and barred from the profession by the GTCS disciplinary panel yesterday.

The scandal erupted shortly after the prom night in June 2014 when a picture emerged on social media which showed a blonde woman in bed and the boy involved in the case standing by the door with a bottle in his hand.

An investigation was launched which involved police but did not lead to criminal charges against Mrs Graham, who is believed to be 28.

She was charged by the GTCS but was not present at the hearing in Edinburgh this week.

Miss Graham has since married Andrew Wilkie, 27, a trainee clergyman, and now goes by the name Shona Wilkie. Her father Paul is a pastor at Destiny Church in Edinburgh. 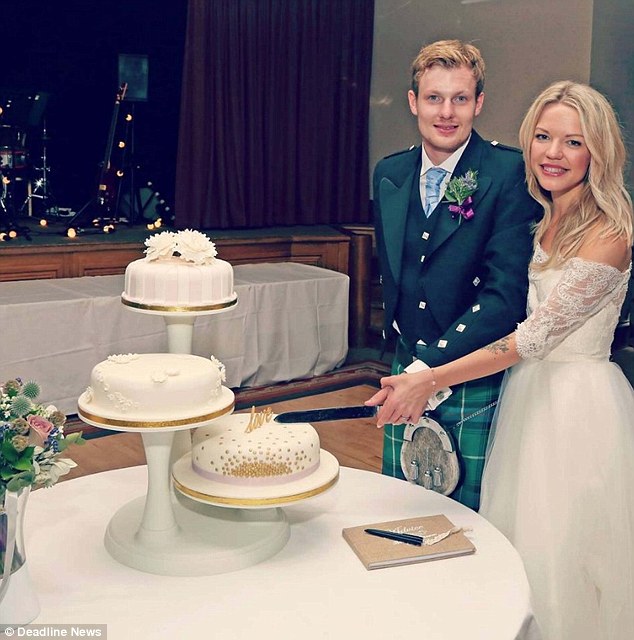 She and her husband have been involved with evangelical military charity The Soldiers’ and Airmen’s Scripture Readers Association (Sasra), of which the Queen is patron.

She is believed to have given birth to the couple’s first child, a son, last week. 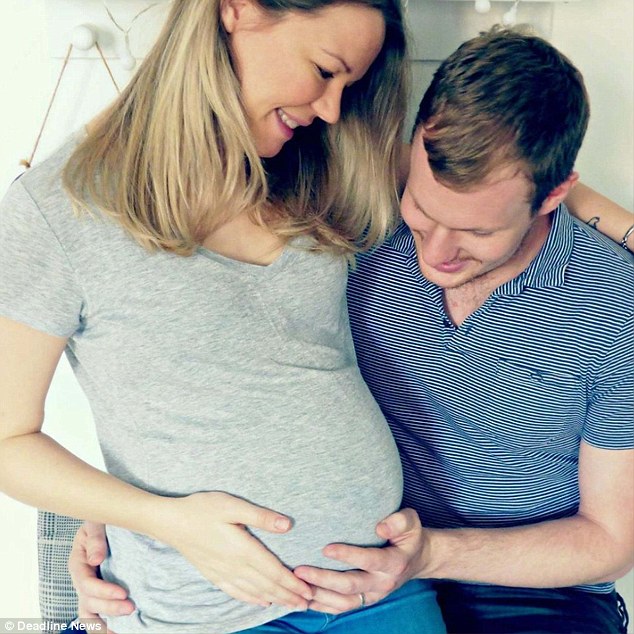 The GTCS case presenter, Carla Roth, today addressed the panel on the seriousness of the charges.

She said Mrs Graham’s actions had a ‘public nature’, having happened around pupils and with the image shared on social media.

She said that Mrs Graham’s actions left pupils ‘uncomfortable’ and ‘somewhat shocked’ and told the panel: ‘You would have to question what sort of role model was provided in this instance.’

Turning to the teacher’s claim that her drink had been spiked, Ms Roth said this ‘is essentially no more than a speculation.’

She added: ‘We simply have no evidence of exactly why she may have had a memory loss.’

Mrs Graham was ‘only willing to consider one version of events’, said Ms Roth, that her drink had been spiked rather than that she had drunk too much.

‘She cannot be said to have shown any insight into her conduct,’ declared the lawyer.

The charges levelled against Ms Graham in full read: ‘On 5 June or 6 June 2014 or overnight, whilst employed as a teacher at Whitburn Academy and following the school’s Sixth Year Prom at Carlton Highland Hotel, North Bridge, Edinburgh, you did accompany Pupil A and other pupils to the Travelodge, Waterloo Place, Edinburgh, where you did have inappropriate contact with Pupil A.’

‘You did spend approximately three hours alone with Pupil A in an hotel room. Share an alcoholic drink with Pupil A (age 17 at the time). Share a bed with Pupil A. Repeatedly engage in sexual activity with Pupil A. And in light of the above it is alleged that your fitness to teach is impaired.’

During the hearing DS Keith Mailer, who investigated the incident for Police Scotland, was called as a witness.

He said that Mrs Graham ‘was concerned that her drink was spiked’ but that there was no evidence of this when she was tested at a hospital.

Speaking about CCTV video from the night, he said: ‘Throughout the footage there’s no sign that Mrs Graham is under the excessive influence of drugs or alcohol.’

Footage also showed the teacher and student kissing, he said, adding: ‘The way she moved and conducted herself suggested someone who was making conscious decisions.’

DS Mailer charged Mrs Graham with engaging in sexual activity with a minor in her care whilst in a position of trust.

But the Procurator Fiscal failed to bring the case to court, citing a lack of evidence.

Mrs Graham resigned from her post after the allegations were made.