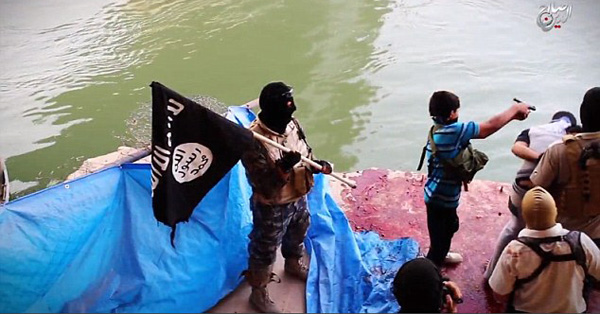 Harrowing new footage has emerged of a young boy executing prisoners on the banks of the Tigris River, amid one of the biggest massacres ever committed by Islamic State fanatics.

Filmed during the ISIS killing spree in Tikrit last year, the young boy is seen shooting at least two men in the head after adults have dragged the prisoners before him.

Ignoring prisoners’ pleas for mercy, the child grasps a pistol with both hands as he pulls the trigger. The men’s limp bodies are then cast into the water, which soon flows red with blood.

The video is below, and you can see photos here[2]. WARNING: It’s pretty graphic…