Bottom line- we the people are pissed. After 8-yrs under the reign of Obama and his administration, we are weathered and angry that our rights, our freedoms and our children’s future has been threatened, every time Obama has picked up his pen. It is no wonder that this election has become so laced with stirred up frustration and level minded people are found far and inbetween the masses. But- no matter how justified we are to be angry, it will do us no good. Spliting our votes among the GOP candidates out of anger, or choosing not to vote if our guy does not make the ballot, will be the invite misery needs to do more damage…because those actions will only ENSURE Hillary gets into office[1]. At that point, we’re doomed. 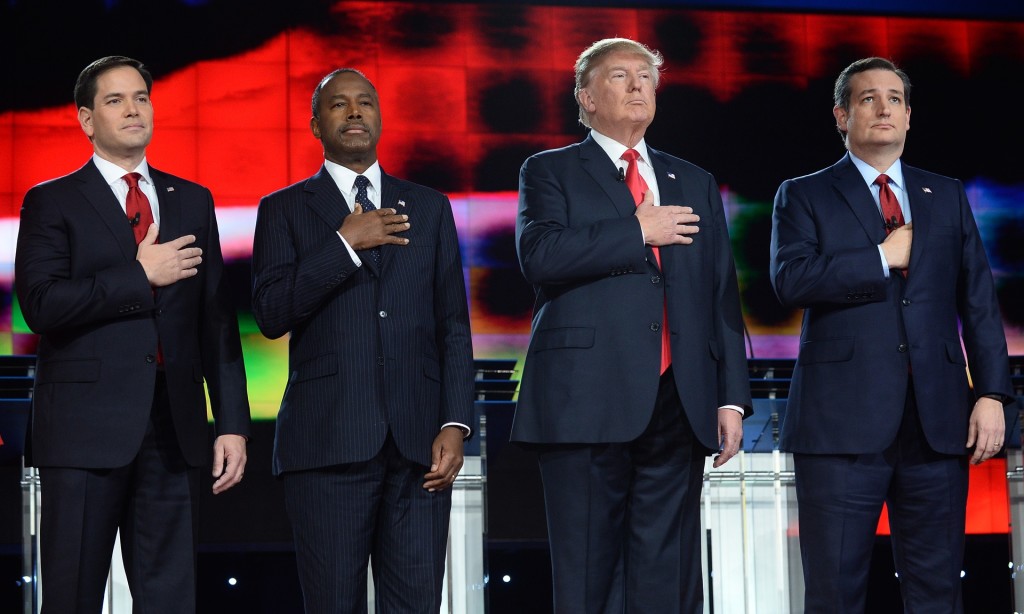 While there’s lots of good arguments being made for most candidates — except Kasich because there’s absolutely no good reason that guy should be leading anything — what it all boils down to is whether or not our candidate can beat Hillary.

Well, here’s a a Fox News poll that shows how each candidate matches up against Queen Bee. 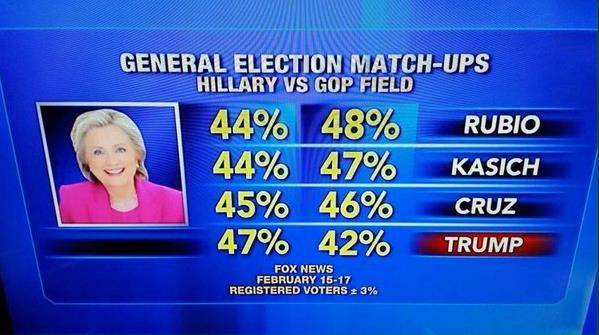 Despite what Trump and others continue to tells us over and over again, if this poll is accurate — always something we should take with a grain of salt — he doesn’t fare very well against Hillary. At all.

I mean, come on! Even Kasich beats Clinton! If that doesn’t speak volumes about who you should be supporting in this cycle, I don’t know what will.

Regardless of who you choose, make sure it’s because of your convictions and not just because you’re frustrated with the current state of the country.

We need to make sure our nominee is someone who can beat the socks off of whoever the left throws at us in November and who will work to truly restore our nation to greatness.

Who really knows what polls you can trust or not trust…the only thing and the safest thing to do now, is seek out the truth. Forget about the names involved- and use your freedom ruler to measure what’s important to you, then use that information to size up each candidate and make a decision based on the truths you believe in. Playing games and picking sides like it’s a playground brawl, is only going to reinvent the misery we face, over and over, and over again. Safety is found in the constitution- who of these candidates, stands by the constitution- and who of these candidates after seeking your own truth, will beat Hillary to the White House? If your freedom is important to you and your prosterity- then you must do everything you can to keep her OUT of office.