Since the news of the gorilla shooting, degenerates have crawled from the woodworks asking for the parents of the child to be convicted of something, anything at all. Why? Because they blame the child for wandering (as kids do) and the parents for not being perfect. This story continues to unfold as more dramatics are added to inflame the fire of hatred by these idiots with their priorities mixed up…[1] 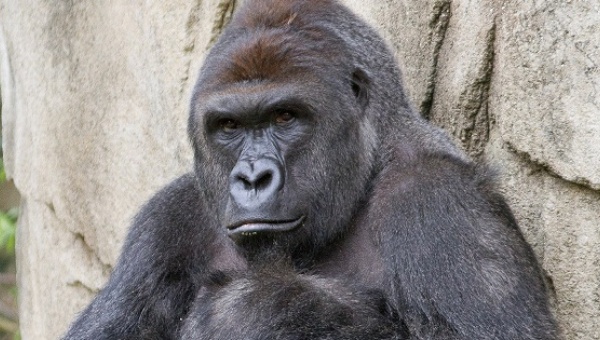 When one mother’s son scaled a fence and fell into the gorilla pit at a Cincinnati zoo last week, she likely had no idea how quickly she would find herself in the national spotlight. Zoo officials initially felt the brunt of the criticism from those who argued the gorilla’s space should not be so easily accessible, and that zoo officials should have tried tranquilizing the gorilla before killing it. But when animal experts such as Jack Hanna defended the zoo keepers, critics’ attention shifted to the mother, Michelle Gregg, and her parenting skills.

Her name is Michelle Gregg, daycare administrator. She had one f*****g job, and she failed.#harambe[6] #gorilla[7]

Some even called for Gregg to be criminally prosecuted:

I’m so mad. Stupid child. Stupid woman. I hope she ends up in jail for real! #michellegregg #ripharambre

Look, the truth is… it WAS an accident. They didn’t wake up that morning and say to themselves…let us go and unleash our son into a gorilla enclosure and get the gorilla shot just for fun! Anyone who holds a grudge against another for something that was an accident is a fool. YES! It’s awful that a beautiful creature had to die over this. NO! The blame cannot be placed on anyone. LET…IT…GO!

Otherwise, agree to have a camera strapped on your person and next time you make a mistake that happens to be “just an accident” we can witness it and call for your execution as well.

Just because their mistake was in view of the public and the consequences paid were made known to everyone and their freaking dog… does not mean any one person is better than them. No parent is perfect. This mother just happened to have her imperfect moment put on blast.

The gorilla himself, I am certain, is TONS happier with his present state. Free.

Here’s a bridge, now get over it.