Which Presidential Candidate is losing their mind [1]about Trump? I will give you one hint… it’s the candidate who has looked nearly looney-toons crazy every debate he’s been in… 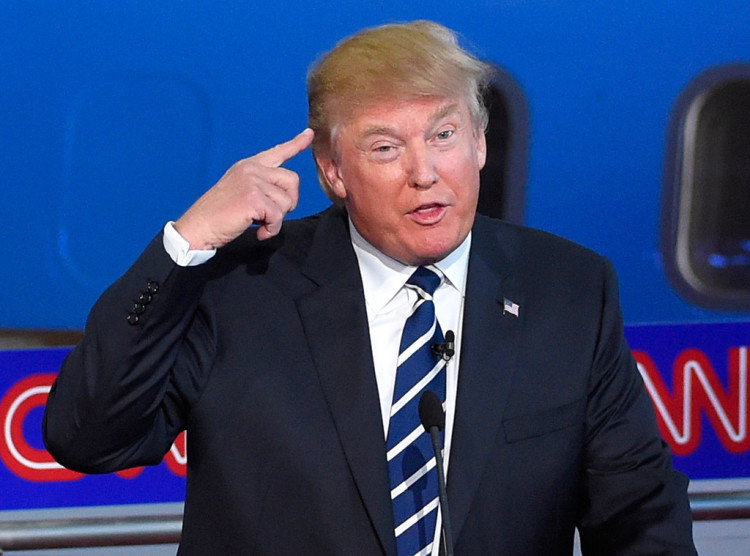 I know lots of people want to say Trump isn’t really Christian, isn’t really conservative, isn’t really Republican. But having lived in New York for a number of years I can tell you that unless you understand how a New Yorker ticks… you will always misinterpret the New Yorker. I learned that New Yorkers barely filter and rarely lie. That is why people often mistake their candor for rudeness. I don’t get dishonesty from Trump… I’m just not seeing it. If he were lying it would come across looking unnatural and he looks very natural and unfettered when he speaks… like a painfully honest unfiltered New Yorker.

I met Trump in a small group of about 10 people last year awhile before he announced his run for President. Based on that meeting and the genuine impressions I got of him there is one thing I can say about that man, Trump is a real Patriot who carries a lot of gratitude for America. Unlike leftists who are wealthy, Trump believes that ANY American can have great success in America, at least that’s what he told us in that meeting. That one ideal alone is proof that Trump isn’t a Liberal.

He doesn’t feel bad for his success and doesn’t apologize for it. He doesn’t sit around talking about how poor the poor, poor people are but he talks about opportunities. THIS is a very conservative way of thinking– Take care of America and poor people can then take care of themselves. When I hear Trump speak I see he’s trying to take care of America not Americans. His approach isn’t the most eloquent because that’s the result of being a rough and painfully honest New Yorker who hasn’t spent much time expressing himself politically.

I also believe, Rand that you have lost your deck of cards… you’re looking so crazy the past 6 months. Seriously go take some lavender to at least take that crazy look out of your eye.