Should Female Cops Be Allowed To Wear Hijabs? Group Stands Up To CAIR Over It

Somewhere along the line, the need for someone to express their identity became more important than doing one’s job or maintaining security. After a group filed a complaint to allow female officers to wear hijabs, a conservative group is fighting back.[1] 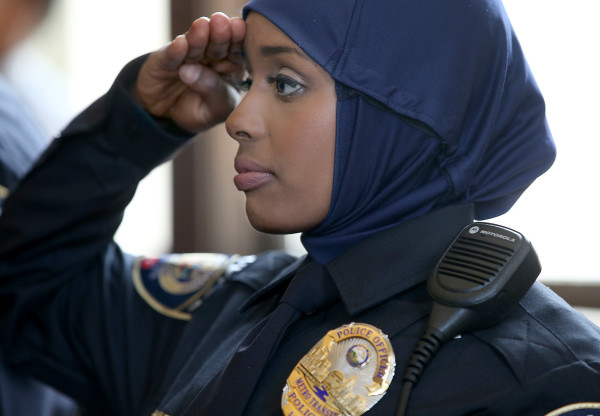 Despite its name, the Tampa-based Florida Family Association is taking its goal of defending American values to Ohio, where its taking on the powerful Council on American-Islamic Relations.

CAIR filed a complaint with the Ohio Civil Rights Commission against the Columbus Police Department on August 20 for its refusal to allow female Muslim police officers to wear a head scarf, or hijab, on the job.

“We believe that the Ohio Constitution and Ohio civil-rights laws do allow people to express their faith, even if they’re employees of the government,” said Romin Iqbal, CAIR-Ohio’s staff attorney, according to The Columbus Dispatch[3].

There’s only one problem with this statement. Although a hijab may be an expression of faith, it’s not a religious requirement.

“The Qur’an does not mandate hijab” writes Ibrahim B. Syed, Ph. D. President Islamic Research Foundation International, Inc., according to the Florida Family Association[4]. “… as long as the dresses are not revealing or too tight, cultural variations can add tremendous diversity in the fulfillment of this guideline.  Hijab, a terminology that is NOT to be found in the Qur’an or Hadith in the context of dress code.”

Because it’s not required, a minority of American Muslim women — 43 percent — wear hijabs, according to a National Public Radio report.

And it’s for these reasons that the FFA has entered the fray, supporting the Columbus Police Department’s decision to enforce a “values neutral dress code” for its uniformed officers.

In late September, the organization requested a status update of the case from the Ohio Civil Rights Commission. The request was denied in a September 28 letter, citing “Ohio Revised Code Section 4112.05(B)(2), [which] requires our agency to maintain all case information as confidential until there is a determination reached.”

But the organization hasn’t given up. It is regrouping and now requesting that like-minded individuals send an email to the state civil rights commission and Ohio Gov. John Kasich to uphold the department’s values neutral dress code. FFA even provides a pre-written form[5] to make the process as painless as possible.

Let’s compare this action to the treatment afforded Christians in America. Kim Davis was thrown in prison as a political prisoner because her faith demanded that she not recognize same-sex marriages. Bakers have incurred the wrath of the radicalized Department of Justice for politely declining to make a wedding cake for a homosexual wedding. Christians are being forced to subsidize abortions and the military has grown remarkably intolerant of any personnel who express Christian principles.

However, the left remains utterly obsessed over giving tremendous latitude to Muslims concerning their conduct.