SICKENING: Women Marchers PRAISE the Woman Involved In the Killing of State Trooper

The liberals that make up the Women’s March and Black Lives Matter movements have shown time and time again that they aren’t lacking any sympathy for terrorists, murderers and criminals. Still, their willingness to so openly express admiration for criminals is just another reason why so many Americans don’t support them — and the woman they just celebrated[1] is another example of why. 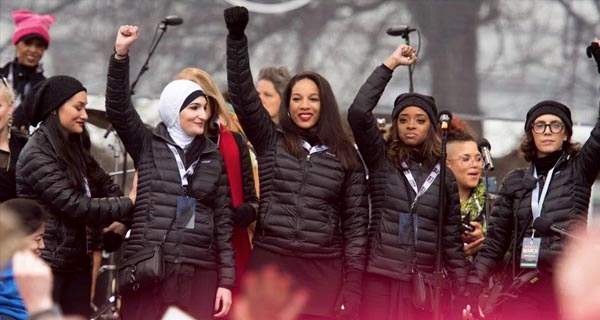 Joanne Chesimard, who goes by the name Assata Shakur, has been on the FBI’s most-wanted list for years. The reason? She is a convicted cop-killer who escaped from prison and fled to Cuba to avoid serving her life sentence in prison.

“On May 2, 1973, Chesimard, who was part of a revolutionary extremist organization known as the Black Liberation Army, and two accomplices were stopped for a motor vehicle violation on the New Jersey Turnpike by two troopers with the New Jersey State Police,” the FBI states. “At the time, Chesimard was wanted for her involvement in several felonies, including bank robbery. Chesimard and her accomplices opened fire on the troopers. One trooper was wounded and the other was shot and killed execution-style at point-blank range. Chesimard fled the scene, but was subsequently apprehended. One of her accomplices was killed in the shoot-out and the other was also apprehended and remains in jail.”

In 1977, Chesimard was convicted of first-degree murder, assault and battery of a police officer, assault with a dangerous weapon, assault with intent to kill, illegal possession of a weapon and armed robbery. She was sentenced to life in prison, but escaped from New Jersey — and she has been hiding in Cuba ever since.

July 16th is Chesimard’s birthday and Women’s March and Black Lives Matter leaders were more than willing to celebrate her.

HAPPY 70TH BIRTHDAY, ASSATA! We are turning up in Brooklyn for you. We celebrate the revolutionary spirit you are. You inspired a movement. pic.twitter.com/MZRwawnmfH[3]

Yes, murdering innocent people makes one a “revolutionary” to these people. A convicted murderer is worthy of praise to them. No wonder Americans can’t stand these people.