Singer Pharrell Williams Says “Yes, Hillary Is A LIAR, But So Are You…” Vote For Her ANYWAY! 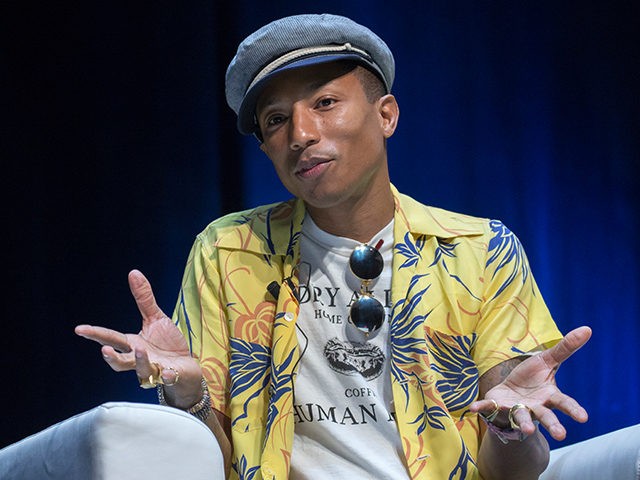 If you are anything like me, you love the idea of a woman in office. But you also feel nauseous at the thought of Hillary Clinton being that woman. Singer, Pharrell Williams[2] was interviewed on the upcoming election. His thoughts were pretty typical and pretty disturbing.

“If all the women in this nation decided to vote and support the first female candidate, there’d be nothing to worry about,” Williams said in an interview. “It’s that easy.”

“Has she been dishonest about things? Sure. Have you?” Williams said of Clinton, before insisting that “she don’t lie no more than any other politician does.”

With all due respect, I refuse to accept your thinly veiled justifications for the corruption that has and will continue to endanger the moral, physical, economic and social structure of the country that I intend to teach my children to love. I refuse to accept that everyone just lies…. I intend to do my very best to provide a country that is held together by honesty, hard work, morals and integrity rather than a country barely being held together by lies and scandal.

I refuse to accept that Hillary Clinton is the best that America has to offer.

I refuse to discredit the nation that so many have sacrificed for by endorsing her to lead it.

Pharrell then goes on to explain why it should be a woman in the White House saying, “That silence in this room right now is often what I feel when you see some of the things that are being said, not just about my culture, but about women,” Williams said. “I’m praying that women come together and save this nation. You think about the destructive things that have come from mankind, it’s mostly men.”

And while I agree women have power in this country to make a difference, Hillary Clinton does not represent me.